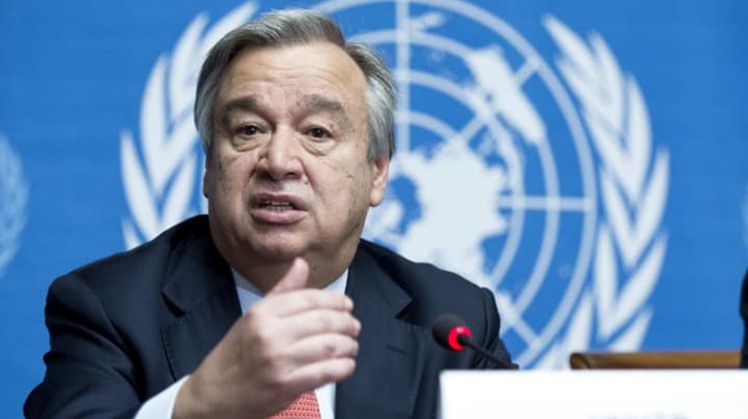 President Sisi and Guterres met Saturday on the sidelines of the 33rd African Union Summit in the Ethiopian capital, Addis Ababa. "The UN secretary general acclaimed Sisi’s efforts in deepening the partnership between the African Union and the United Nations," Radi added.

The UN secretary general also affirmed the international organization’s keenness on enhancing the relation with Egypt to help bring peace and stability to the region in light of Egypt’s support to the UN reform initiatives in various directions and maintaining the UN peace process," Radi continued.

Both leaders tackled a number of regional and international issues of mutual concern, atop of which is the Libyan crisis and the necessity of implementing the outcomes of Berlin Conference on Libya. They also discussed the situation in Syrian and the Peace Process in the Middle East.

In a speech, President Sisi reviewed Egypt’s achievements during its presidency of the AU, saying Egypt managed to reinforce the state of security and peace in the continent through the principle of “African solutions to African problems,” despite challenges of terrorism and extremism, especially in the Sahel region and the Horn of Africa.

Egypt has implemented the principle of “African solutions to African problems” through many initiatives, Sisi said, including hosting two consultative summits on Libya and Sudan, and testing it on several issues such as that of Guinea-Bissau, South Sudan and Central Africa.