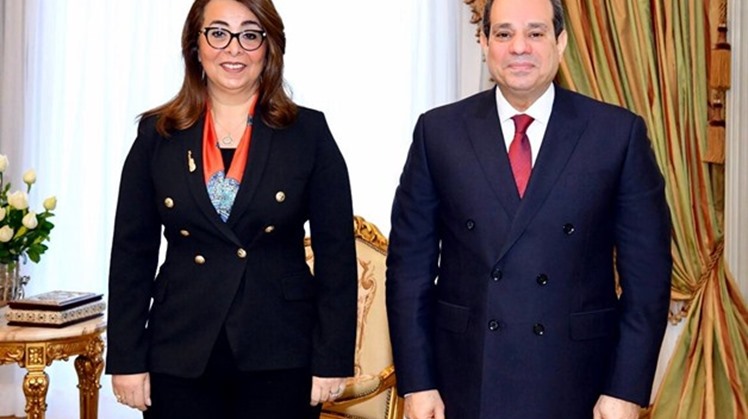 During his meeting with her, President Sisi affirmed Egypt’s support to the UN role against drugs and the organized crimes, shedding light on the importance of transporting the UN experience of combating corruption and human trafficking.

In November, UN Secretary‑General António Guterres announced the appointment of Waly as the next executive director of the UNODC. Waly will also serve as Director‑General of the United Nations Office at Vienna. She succeeds Yury V. Fedotov of the Russian Federation.

In her current role, she also serves as Coordinator of the Inter-Ministerial Committee for Social Justice, Chairperson of the National Centre for Social and Criminological Research and chairs the Executive Council of Arab Ministers of Social Affairs in the League of Arab States.

Her previous leadership positions include Managing Director of the Social Fund for Development (2011‑2014), Assistant Resident Representative at the United Nations Development Programme (UNDP) in Egypt (2004‑2011) and Program Director of CARE International in Egypt (2000‑2004).

Waly holds a master’s degree in humanities and Bachelor of Arts in foreign languages and literature from the Colorado State University. She is fluent in Arabic, English and French and has a working knowledge of Spanish.