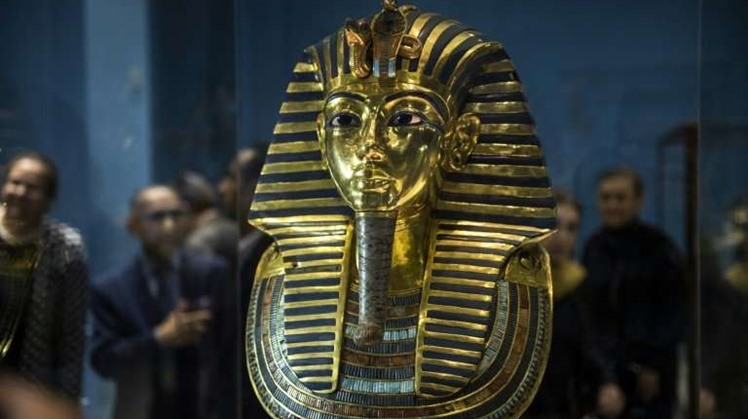 The network said that since the British scientist Howard Carter discovered the tomb of Tutankhamun in 1922, the discovery has become exciting in itself. The media interest and coverage gave the discovery a bigger weight globally, where the British newspaper, The Times, paid $5,000 for exclusive access to the cemetery, in the first ever press release in history.

Adam Lowe, founder of the conservation plant Factum Arte, who carried out a three-dimensional reconstruction of the cemetery in 2014, said that since 1922, the vision of the greatness of Pharaonic culture has captured the imagination of every school student around the world.

King Tutankhamun, the child ruler who died at the age of 19, turned overnight into a famous figure whose luster has not yet disappeared.

The network explained that since the early 1960s, mobile exhibitions displaying pieces of the tomb have created a new global feeling. The ongoing exhibition, which began at the Science Center in California in 2018 and then moved to Paris recorded unprecedented turnout for exhibitions in France. The previous record was also for an exhibition of Tutankhamun, which sold 1.4 million tickets.

The exhibition opened at the Saatchi Gallery in London in November as part of its tour of 10 cities around the world.

CNN pointed out that a major exhibition of the tomb of Tutankhamun's was a financial necessity after the Egyptian sites were at risk of flooding. The country needed to protect its antiquities during that dilemma in 1961.

Over the following five years, more than 30 pieces of the cemetery toured some 18 cities in the United States and Canada. A slightly expanded exhibition opened in Japan in 1965. During 1981, Tutankhamun’s antiquities travelled from Moscow to London and Paris to Berlin.