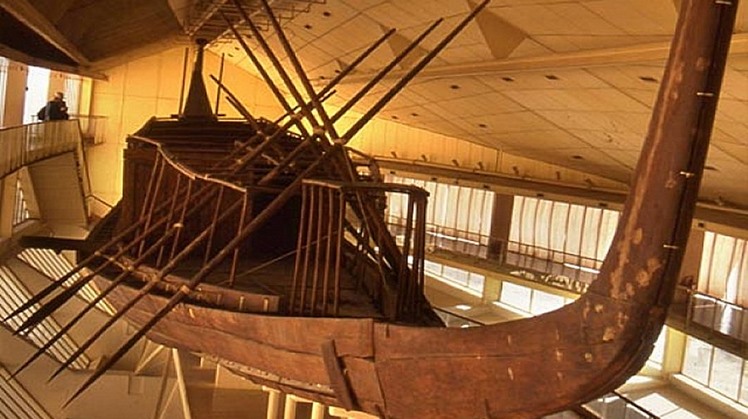 Thu, Nov. 14, 2019
The discovery of the Khufu ship – an ancient Egyptian pharaoh’s barge buried inside his funeral pyramid – in 1954 was celebrated by a Google Doodle on May 26th.

It is 65 years to the day since archaeologists stumbled across the vessel inside the Great Pyramid of Giza.

The wooden ship is 4,600 years old and was reportedly so well-designed it could still sail if launched back onto the Nile today.

Although the exact purpose of the boat remains a mystery, historians believe it was placed inside the pyramid for the pharaoh Khufu, who is buried there.

It is sometimes known as a “solar barge” because it is thought it was included inside Khufu’s burial chamber to allow him to sail across the heavens after death with the sun god Ra.

It was discovered on 26 May 1954 by archaeologist Kamal el-Mallakh, when he dug under a stone wall on the south side of the Great Pyramid.

He then unearthed a row of stone blocks covering a pit in the ground, which held a series of carefully piled cedarwood planks, ropes and other parts needed to reconstruct the ship.

However, it was not known how ancient Egyptians had constructed their vessels, forcing restoration experts to learn from scratch about shipbuilding.

Over a decade later, experts had managed to put together the 1,224 individual pieces into the 44-metre long boat.

Khufu, known to the Greek world as Cheops, was the second pharaoh of the Fourth Dynasty and ruled more than 2,500 years before Jesus was born. Apart from commissioning the Great Pyramid of Giza, little else is known about his reign.