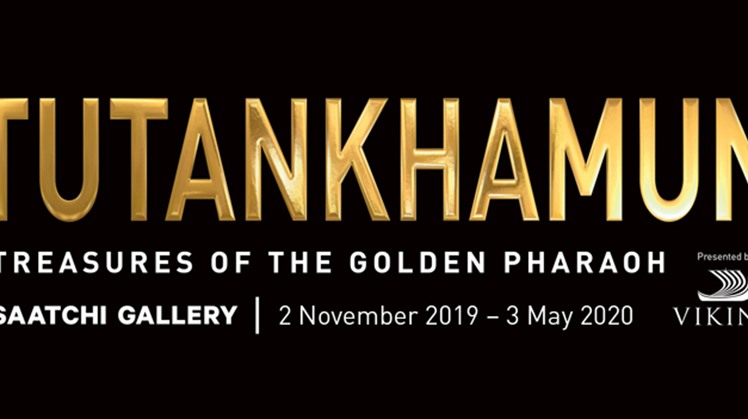 Sun, Oct. 27, 2019
The temporary exhibition of King Tutankhamun entitled "Tutankhamun ... Treasures of the Golden Pharaoh" will move to the British capital, London, in November 1, in its third stop after Paris and Los Angeles .


The French and international news outlets reported that the temporary exhibition of King Tutankhamun currently on display at the Grande Halle La Villette in Paris broke records of turnout of the French cultural exhibitions.
The exhibition "Tutankhamun: The Treasures of the Golden Pharaoh" came to an end in Paris on the evening of Sept. 22, breaking the record in the history of cultural exhibitions in France.

The exhibition was visited by 1,423,170 visitors in the past six months since it was opened by the Minister of Antiquities on March 23, 2019 at the Grand Hall de la Villette.

International media outlets stated that the exhibition is the most visited exhibition in France.

The French and international newspapers pointed out that this exhibition and other temporary foreign exhibitions held by Egypt abroad are the best publicity for Egypt and its ancient civilization and unique treasures, which will have a positive impact on tourism in Egypt.

The Minister of Antiquities explained that in 1967, when France hosted the Tutankhamun exhibition for the first time, it attracted 1,240,975 visitors.

Today, 52 years later, the Golden King's exhibition attracted more than 1.4 million visitors, which indicates how passionate the French people and visitors of France are towards the ancient Egyptian civilization.

In addition, Anani stated that despite the success of the exhibitions, they allowed the French people and visitors of France to see only a small and simple portion of the treasures of the Golden King and the ancient civilization of Egypt.

The Minister of Antiquities affirmed that this exhibition is an invitation to attract and encourage millions of enthusiastic visitors to Egypt, to see and enjoy its great and unique civilization, discovering thousands of pieces of the treasures of the Golden King and to visit and enjoy watching many archaeological areas and distinctive museums throughout Egypt.

It is worth mentioning that the exhibition "Tutankhamun: The treasures of the Golden Pharaoh" included 150 artifacts from the collections of the young king, including a number of gilt ushabti statues, wooden boxes, canopic pots, a gilded wooden Ka statue and alabaster pots.

"Tutankhamun ... Treasures of the Golden Pharaoh" exhibition was launched by Egyptian Minister of Antiquities Khaled al-Anani and the French minister of culture in March 2019 and will run until September 22.

Acclaimed archaeologist Zahi Hawass has finished the script for Tutankhamun Opera, set to debut in the opening ceremony of the Grand Egyptian Museum in late 2020.

Hawass previously added that November 4, 2022 will be the centenary of the discovery of Tutankhamun tomb, who is an important king to the whole world not Egypt only.

Hawass stated that the DNA tests will reveal a lot of information about the death of Tutankhamun and that he will announce to the whole world in 2020 how the golden king died.

Hawass previously said in an interview with Italia 1 Channel that the temporary exhibition of King Tutankhamun currently on display at the Grande Halle La Villette in Paris broke the records of turnout of the French cultural exhibitions.

It is the most visited exhibition in France, where the total number of registered visitors so far has reached 1.5 million, as recounted by Hawass.

In his interview with the Italian channel, Hawass revealed a number of important facts about the family of the Golden Pharaoh, announcing that his father is King Akhenaten and that the mummy of his mother is located at tomb number 35 where the grandmother of Tutankhamun, Tiye, was buried.