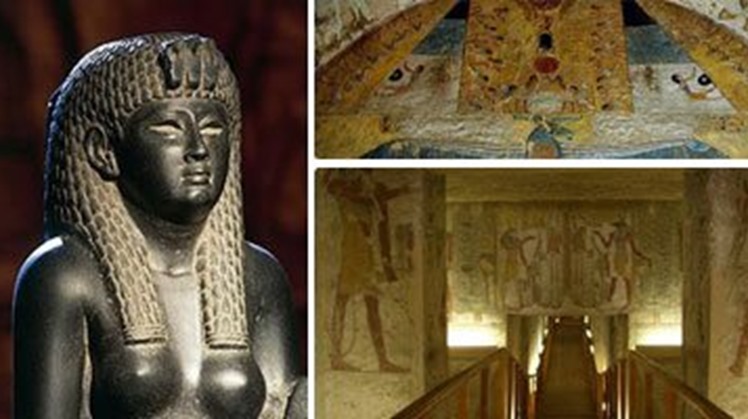 Sun, Sep. 8, 2019
CAIRO – 8 September 2019: Dr. Mostafa Wazir, Secretary General of the Supreme Council of Antiquities, said during the opening of the tombs of the fourth priest of Amun and the table-writer in the era of Ramesses, that the American Research Center has been working in cooperation with the ministry since 2006, and the implementation of many joint work, including reducing the level of groundwater in more than one place. The cost of restoring the two graves to 16 million pounds.

Dr. Mostafa Waziri added that the restoration of the tombs of the fourth priest of Amun and the writer of the table began in 2015 and took two years until 2017. He explained that during the two years, nearly 300 Egyptian restorers were trained by the American Research Center.

Waziri explained that the tombs of "parish" of the fourth priest of Amun during the 20th Dynasty, and "Nay", a table-writer in the Ramesses era, were documented by drawing and painting, and then to identify the manifestations of damage within them, followed by the initial strengthening operations, restoration, and cleaning was done and chemical recruitment to remove soot and bird droppings.