A foreign site highlights the archaeological discoveries in Saqqara .. and Zahi Hawass: 70% of our antiquities are underground 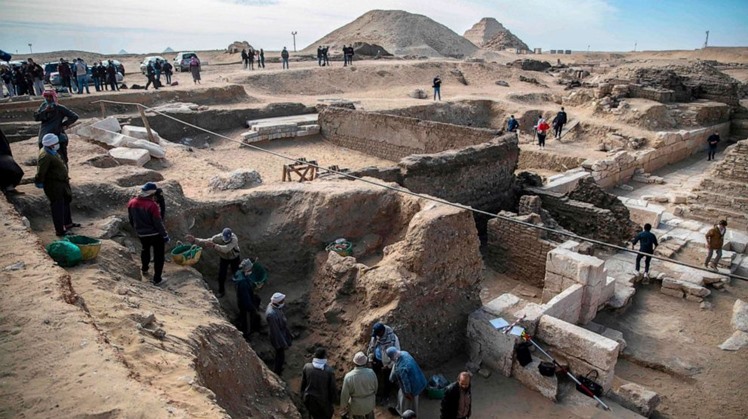 Sun, Nov. 6, 2022
A century after the discovery of Tutankhamun's tomb made headlines around the world in the sweltering desert heat outside Cairo, an archaeological team is still making new discoveries about ancient Egypt.

The archaeological team excavating at the site of Saqqara in Giza excavated layer by layer, where archaeologists discovered a huge group of ancient coffins and mummies, along with ceramic amulets believed to have been used in burial rituals, and thick papyrus documents, according to NBC News.

Egyptologist Zahi Hawass, Minister of Antiquities, told NBC News that the site contains countless other artifacts related to another pharaoh, King Titi, and his followers who worshiped him as a deity for 1,000 years after his death.

He said the remains of King Tutankhamun's closest generals and advisors were also at the site, which is located about 20 miles south of the North African nation's capital.

“I really think that this year and next year, this site will be the most important site in Egypt,” Hawass continued, pointing to a network of underground chambers hidden 65 feet high under the oldest pyramids in Egypt.

"I always say that we have found so far only 30% of our antiquities are still there, and 70% are buried underground," he said.

Hawass said that the discovery of many new coffins in the area may be because "Titi was worshiped as a deity in the modern state, and everyone wanted to be buried next to him," adding that his team found nearly 300 coffins near his pyramid this year, most of them in good condition.