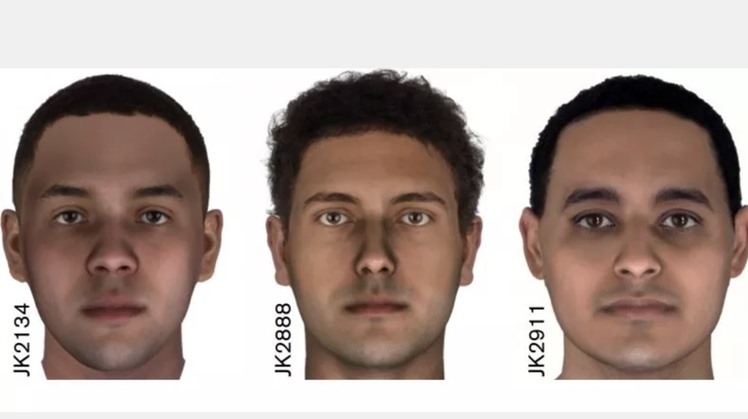 Mon, Sep. 20, 2021
Scientists have reconstructed the faces of three ancient Egyptian men using DNA that is more than 2,000 years old, according to the American Newsweek. The three samples are between 2023 and 2797 years.


Parabon NanoLabs revealed the features of ancient Egyptian mummies, using sophisticated technology and forensic medicine to predict the appearance of the three men at the age of approximately 25 years.

It is believed that the skin color of the three men was light brown with black hair, and a press release from the Parabon Company that carried out the scientific experiment went into detail as it stated: “These results are largely consistent with the conclusions of Scheunemann and others that the ancient Egyptians shared an origin with the people of the Near East. More than the present Egyptians, who received an additional mixture in terms of features as a result of their mixing with the sons of the deserts, especially from the Arabian Peninsula in modern times.

Preliminary data were obtained from the three ancient Egyptian mummies, available in the European Nucleotide Archive (ENA), before they were sequenced and 'aligned to the human reference genome'.

"Parapone has been a leader in forensic microarray analysis for years, and with the introduction of this new embedding technology, we can now handle the most challenging of samples," said Dr. Janet Cady, Parabon Bioinformatics Expert and WGS Analyst, who led the work.