The Guardian: Secrets of the Saqqara Tomb review – hidden depths in ancient Egypt 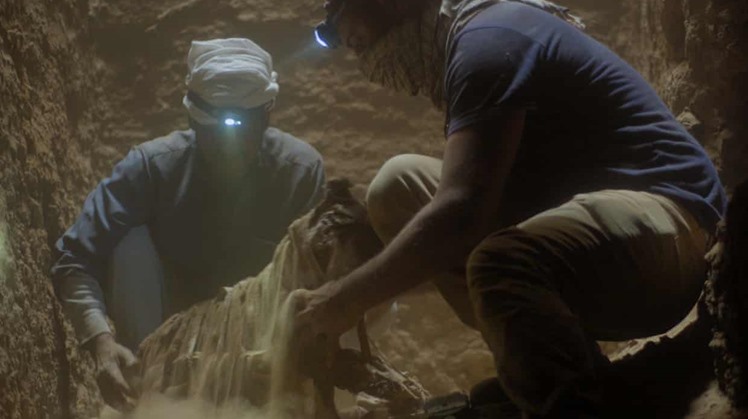 Sun, Nov. 8, 2020
This fascinating documentary about extraordinary finds makes a clear statement about the reclamation of Egypt’s heritage

The “secrets” here are in fact well known, having made headline news across the world in 2019: the discovery in the Saqqara necropolis, just outside Cairo, of scores of mummified animals, including a lion cub, and an untouched tomb from the 25th century BC. But what makes this an exceptional documentary is the focus on the entirely Egyptian archaeological team, doing their bit in a quiet way to decolonise Egyptology and to demonstrate the emotional connection between the locals and the ancient civilisation they are unearthing.

In truth, excavating the pharaonic monuments has always been a multinational affair, with dig teams from all over the world pitching in. But the dominant images of British chaps in pith helmets or the Indiana Jones-style maverick are hard to dispel; this film’s aim, apart from simple wonderment at what the excavators find, is to assert Egyptian ownership of the country’s heritage and history.

And it does it really rather well, if you filter out the somewhat superfluous race-against-time narrative that has been added over the top. Much more effective are the meditative interviews the film-makers conduct across the whole team, from the excavation director to the anthropologist working on skeletal reassembly to the digger’s foreman. Another tiny gripe: the interviewees are introduced only by their first names, a slightly patronising move which means it takes some disentangling to find out that they are in fact world experts in their fields.

The film’s richly coloured photography, precisely defined sense of topography and nicely conceived illustrations combine seamlessly to make clear what could be a confusing welter of information from two parallel digs. The finds are extraordinary, and the commentaries on them by the participants are equally wonderful. This is fascinating stuff, smoothly put together, and carrying genuine human interest.