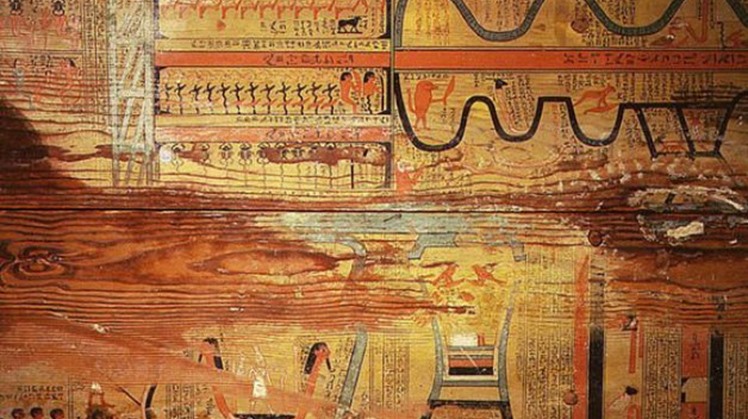 Sun, Oct. 18, 2020
Egyptian archaeologists have uncovered a 4,000-year-old manuscript inside a newly discovered coffin in the Saqqara region. It could be the oldest of its kind, providing an interesting insight into the mind of the ancient civilization.

In early October 2020, Egypt’s Ministry of Tourism and Antiquities announced the largest discovery in 2020, which was the discovery of 59 ancient coffins in the Saqqara region.

Upon opening a decorated sarcophagus, the team uncovered the remains of a mummy wrapped in a cloth with brightly colored hieroglyphic inscriptions.

According to the Express website, this discovery gives a unique vision of the ancient Egyptians, who were obsessed with the afterlife. Egyptian religious doctrines presented three ideologies about what happened after death: belief in the underworld, eternal life and rebirth of the soul.

The site states that the discovered book is an introduction to the Egyptian funerary texts known as the "Book of the Dead." It is a 4,000-year-old version of this text, making it the oldest copy ever found.

“The ancient Egyptians were obsessed with life in all its forms; death was for them a new life," said the Secretary of Egyptology at the University of California Rita Lucarelli in 2019.

The text was found inside the coffin of a mummy, and unlike bound books in the modern era, the ancient text was drawn across the interior of the sarcophagus itself. Experts said that the inscriptions clearly refer to the book and that other artifacts in the tomb date back to the reign of Pharaoh Mentuhotep II.

Harko Williams, an Egyptologist at the University of Leuven in Belgium, said that the sarcophagus texts aim to place the deceased in the realm of the gods.