A Wrap Up to Saqqara Necropolis discovery 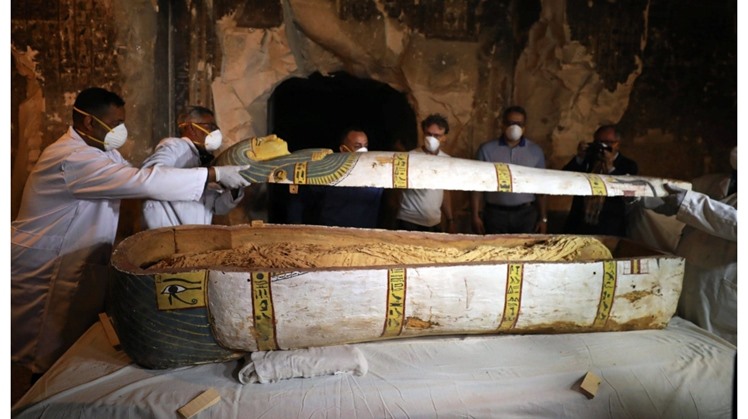 Sun, Oct. 11, 2020
Egypt’s Minister of Tourism and Antiquities Khaled el-Anani announced that 59 coffins have been excavated by the Egyptian mission headed by Secretary General of the Supreme Council of Antiquities Mostafa Waziri.

The coffins will be displayed in the Grand Egyptian Museum. The ceremony of announcing the discovery was attended by about 60 foreign, Arab and African ambassadors in Cairo and their families, as well as a number of local and foreign news agencies, newspapers and TV channels.

The mission uncovered three burial wells at different depths ranging from 10 to 12 meters. Inside them lay 59 colored, intact wooden coffins stacked on top of each other.

The discovery is not over yet, as layers of additional coffins have been found, which will be announced later.

The coffins that were found are in good condition and still have their original colors. Initial studies indicated that they date back to the 26th Dynasty and that they belong to a group of priests, senior statesmen and prominent personalities in society during that era.

The discovery also included dozens of statues and not just coffins, including a bronze statue of Nefertum.