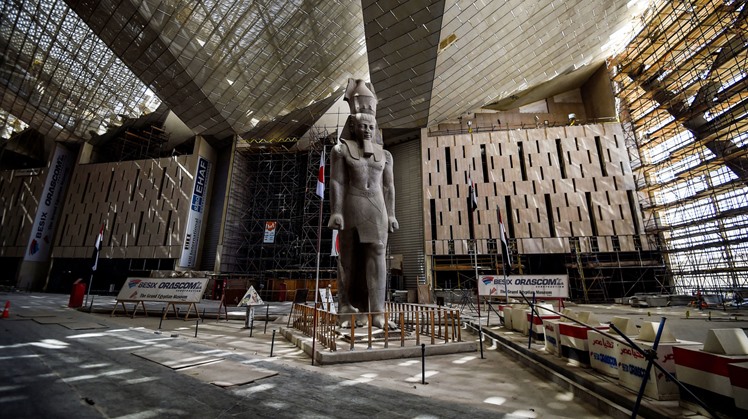 According to Moftah, it cost 10 percent of the initially estimated value, which is LE200-250 million.

“It (the façade) was implemented by five Egyptian companies and a meticulous study was conducted on its lighting. I designed it myself, and worked with electrical specialists to calculate the loads.

The world will see a dazzling façade. We confirm that we are capable of completing the façade. We, as engineers, are inspired by our ancestors' civilization and are capable of successfully implementing any design, God willing,” Said Moftah.

Moftah confirmed that the completion rate has so far exceeded 98 percent for façade works and during October 2020, all facade works will be 100 percent complete.