The Abydos discovery in the Holy Valley area, south of the royal cemetery in Umm al-Qa’ab in Egypt 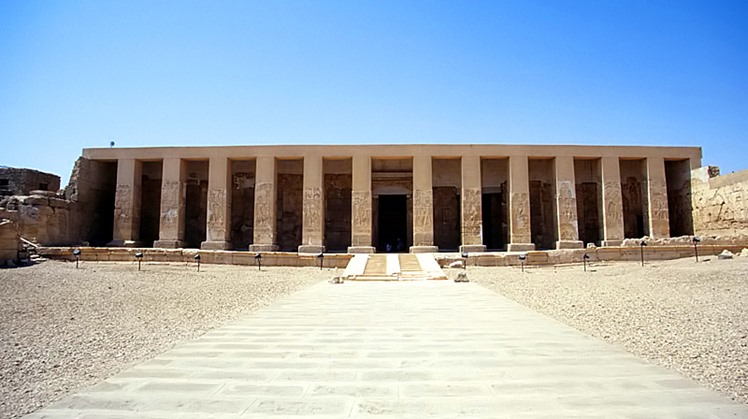 Mon, Jul. 27, 2020
The team of the archaeological survey mission operating in the desert plateau region, west of Abydos, revealed a group of openings at a high point on the mountain front that date back to the Ptolemaic era, and it is likely that it has great religious significance.

Mostafa Waziri, secretary-general of the Supreme Council of Antiquities, explained that these openings are located in the Holy Valley area, south of the royal cemetery in Umm al-Qa’ab.

After careful examination, it was found that these entrances lead to rooms cut into the rock. Its height is not more than 1.20 meters. It varies between one, two or three rooms. Another group consists of five rooms connected together through narrow holes cut across the rock walls separating them.

Mohamed Abdel-Badi, head of the Central Department of Antiquities of Upper Egypt and head of the mission, said that these rooms are not decorated. It is located above deep vertical wells linked to natural water tunnels.

According to Abdel-Badi, most of them contain pottery fractures, fountains, terraces, and a number of sunken circles or pans cut on the floor, in addition to a number of small holes in the walls directly below the ceiling and gaps near the entrance openings, which were likely used as handles or for strapping ropes.

The mission also found a room with “graffiti” inscriptions for a name that reads “Khou-so-n-Hour”, his mother “Amon Eardes” and his grandmother “Nes-Hour”.

He added that the pottery scattered on the surface of the valley located to the south of the royal tombs in Umm al-Qa’ab indicates the era of the Modern Kingdom and the Late Kingdom.

The visible fracture showed a visible and strong presence for the use of the place during the Ptolemaic period, especially the second and first centuries BC, as well as the period of the late Roman era; but in a less common and widespread presence in the place.

Among the fractures, one dating from the Late Kingdom marks the edge of a vase spanning back to the Late Kingdom era, which originally belonged to a jar with a long neck and a spherical shape made of oasis mud and imported to Abydos during this period, and another dating back to the Ptolemaic era, which represents the upper part of bowl from the Ptolemaic era. It is characterized by a groove that encircles the bowl just below the rim. It was made locally from Nile mud.

For his part, Matthew Adams, MD at the Institute of Fine Arts, University of New York and co-director of the North Abydos Mission, said that these rooms are not cemeteries, as there is no indication that any of them was used for burials.

Adams further explained that it is located inside the sacred valley south of the royal cemetery in Umm al-Qaab, which the ancient Egyptians thought was the way to the other world [afterlife], and that its location on a high point inside the mountain -which is very difficult to reach- indicates that it has great religious significance.

It is worth noting that the archaeological survey team records and documents human activities in the desert plateau, west of Abydos, from prehistoric times until the beginning of modern periods, on an area of ​​about 8 kilometers from the Sinki pyramid in the south to the Salmani quarries in the north.