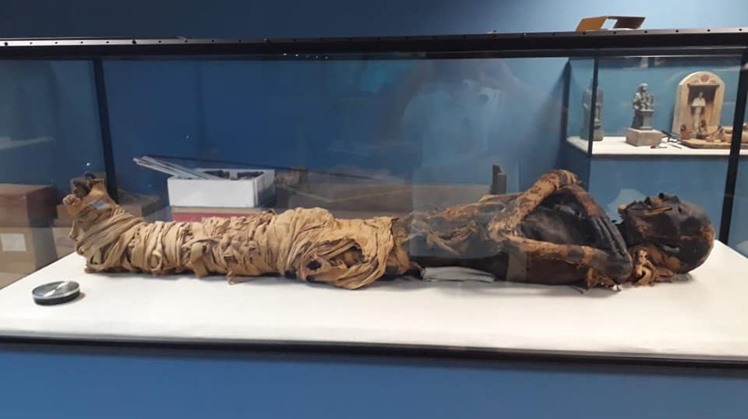 Mon, Jul. 27, 2020
On July 26, the team working at the Cairo Airport Museum [in Terminal 3] began placing the artifacts according to the museum's display scenario in preparation for its opening soon.

Mostafa Waziri, secretary general of the Supreme Council of Antiquities, explained that after its opening, the museum will become a new attraction in Cairo International Airport for visitors, expatriates and transit travelers, pointing out that the museum will display about 70 artifacts that were carefully chosen by the Supreme Committee for Museum Scenarios from several Egyptian museums to reflect the different aspects of the ancient Egyptian civilization over the Pharaonic, Coptic and Islamic ages.

Moreover, Head of the Museums Sector Moemen Osman said most of the pieces were in the stores of the Egyptian Museum in Tahrir, the Suez Museum and the Greco-Roman Museum. The most important among these artifacts are two well-preserved mummies, one dating back to the Roman era with a face covered with a gilded mask and decorated with gilded and colorful drawings, and another dating back to the late era and depicting a man in the Osirian position.

Osman further revealed that one of the most beautiful pieces on display is a bronze statue of the winged god Isis wearing the two horns of Hathor with the sun disk in between. The pieces also include a group of canopic vessels and small-sized pieces from the Islamic and Coptic eras, in addition to a group of portraits from the late era.


He pointed out that the Airport Museum in Terminal 3 had previously contained 36 artifacts, and was moved to a new location in the same hall for expansion and the introduction of new artifacts to enrich the museum's exhibit.

Some of the artifacts placed in Cairo's Airport Terminal 3 museum prior to opening soon - Min. of Tourism & Antiquities official Facebook page


Additionally, a new exhibition hall is being prepared and equipped within the passengers’ Terminal 2 of the airport, with an area of ​​approximately 150 meters. 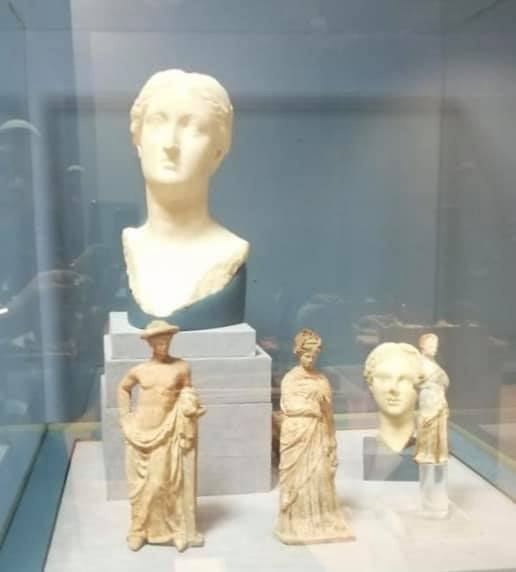 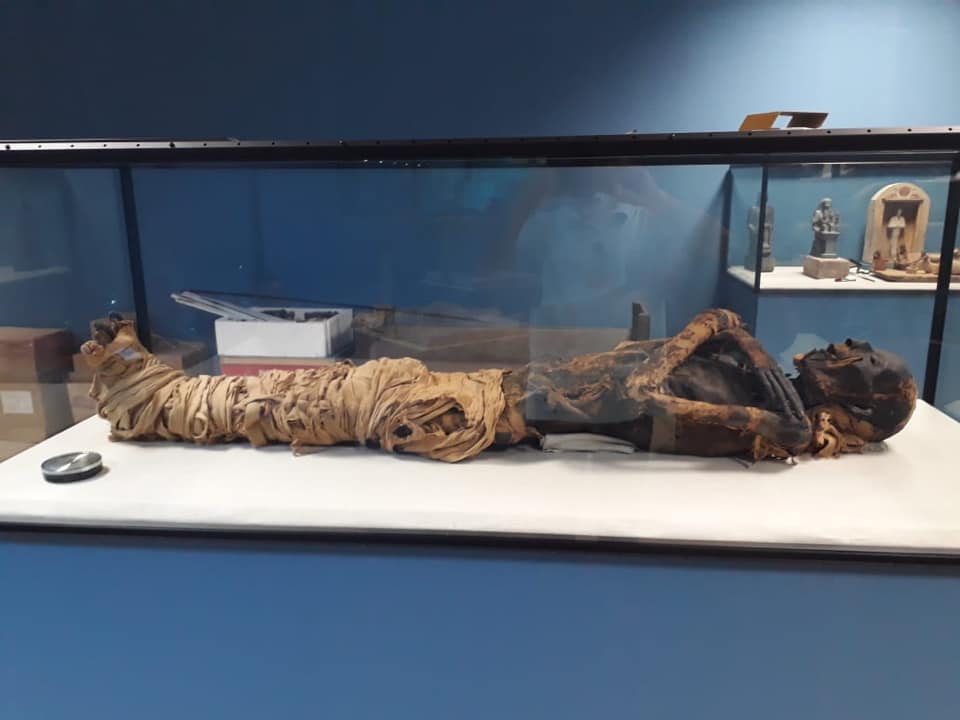 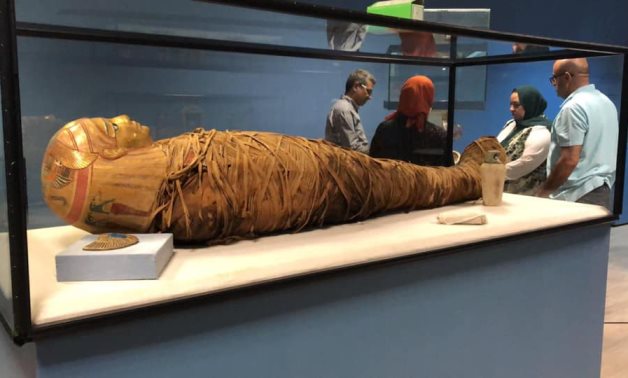