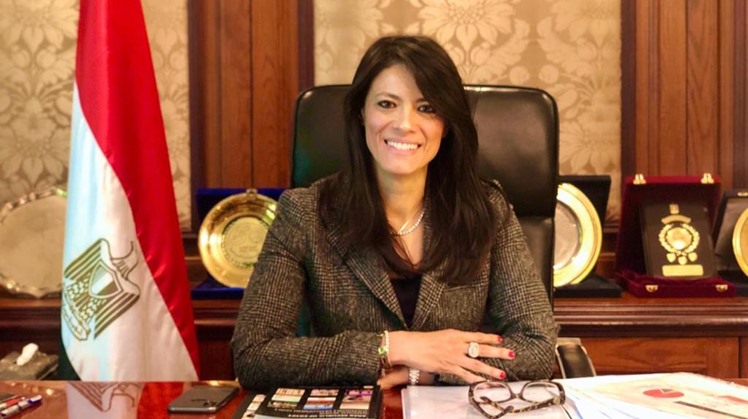 Thu, Apr. 23, 2020
The House of Representatives agrees to amend the assistance agreement signed between the Arab Republic of Egypt and the United States of America regarding the North Sinai Development Initiative with an additional grant of $ 6 million

Dr. Rania Al-Mashat: The agreement is in accordance with the new strategy of the Ministry of International Cooperation..and it contributes to achieving 5 goals for sustainable development and providing job opportunities for the people of the province in several projects under the exceptional circumstances the economy is going through as a result of the Corona virus

The House of Representatives headed by Dr. Ali Abdel-Al, Speaker of the House, approved in its plenary session the first amendment of the assistance agreement signed between the Government of the Arab Republic of Egypt represented by the Ministry of International Cooperation and the Government of the United States of America represented by the United States Agency for International Development, regarding the North Sinai Development Initiative with an additional grant With a value of 6 million dollars, bringing the total agreement to 56 million dollars.

Commenting on this agreement, Dr. Rania Al-Mashat, Minister of International Cooperation, affirmed that this agreement is in line with the new strategy of the Ministry of International Cooperation to list international partnerships based on 3 main axes: the citizen is the focus of attention and ongoing projects, and the goal is the driving force. For the first axis, the citizen is the focus of attention The project will provide drinking water for about 300,000 citizens and sanitation services for about 100,000 citizens. With regard to the second axis, which is ongoing projects, this project is compatible with the economic and social reform program of the Egyptian government, and includes drilling Water wells in North Sinai, the establishment of desalination plants, the work of a fish farm and the use of water from the farm in agriculture, and support for transportation services throughout the governorate, as part of the efforts of the Ministry of International Cooperation to provide grants through development partners that contribute to improving the lives of citizens in Sinai, as part of the second phase of the Sinai Development Program.
The Minister pointed out that with regard to the third axis, which is the goal is the driving force, the project contributes to achieving 5 goals for sustainable development, the sixth goal is clean water and hygiene by providing safe drinking water for citizens, and the second goal is to eliminate hunger, provide food security and improved nutrition and promote agriculture Sustainable, through the work of a fish farm and the use of water from the farm in sustainable agriculture, and the eighth goal is decent work and economic growth, where the project contributes to improving employment opportunities in North Sinai governorate in light of the exceptional circumstances the economy is going through At the global level, as a result of the emerging Corona virus, and the eleventh goal of sustainable cities and communities through the means of transport for rural communities and improving the infrastructure, and support the most needy groups, and the seventeenth goal is to hold a partnership to achieve the goals, through the partnership between the Arab Republic of Egypt and the United States of America in North Sinai development, which comes within the economic partnership between the two countries in the development sectors of national priority and the development projects and programs that have been identified in accordance with the priorities of the citizen.
For his part, Representative Hisham Abdel Wahed, Chairman of the Transport and Communications Committee in the House of Representatives, and Chairman of the Joint Committee of the Transport, Transportation, Agriculture, Local Administration, Foreign Relations and Housing Committees of the Council, confirmed that the committee agreed to this grant because of its clear growth impact affecting improving services provided to citizens in the center And North Sinai.
He stated in the report submitted by the joint committee before the plenary session of the House of Representatives, that the amendment made by the Ministry of International Cooperation to this agreement would enhance the necessary capabilities to achieve the goals of the North Sinai initiative by providing logistical services for agricultural activities such as the construction of wells and desalination and treatment of groundwater that work To improve productivity and technology, including irrigation and marketing, to allow Sinai farmers and their producers to compete in the internal and export markets, and to improve transport services in the central and northern Sinai region.