Visit The Princess: Egypt organizes a virtual visit to the tomb of King Khufu's granddaughter 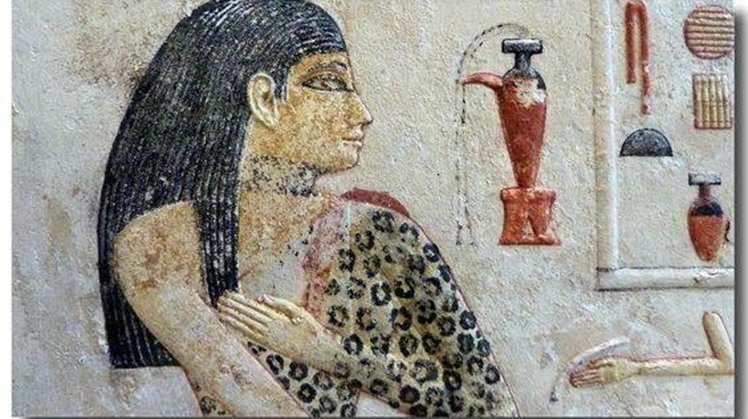 Mon, Apr. 6, 2020
Ministry of Tourism and Antiquities launched on April 4, at 7:00 pm its second virtual tour within the initiative the ministry launched in collaboration with its partners from scientific and archaeological institutions. In the up coming days there will be other tours.

The Ministry of Tourism and Antiquities's initiative is tailor made to help people from all around the world to enjoy the ancient Egyptian civilization during their home confinement, within the precautionary measures taken to fight Covid19.

The ministry will post on its official website and social media platforms and Experience Egypt, the tomb of Queen Meresankh III who was the granddaughter of King Khufu, builder of the Great Pyramid of Giza, and wife of either Khafre or Menkaure.

Her unique underground chapel (labeled G 7530-7540) preserves beautifully carved and painted scenes of the queen and her royal family, as well as servants, artisans, and funerary priests.

The scenes also depict the sort of rich burial goods that would have been placed in Meresankh’s tomb: statues and fine furniture; boxes containing food, clothing, and jewelry; even a representation of the black granite sarcophagus that was actually found in situ in her burial chamber.

On April 3, Egyptian Ministry of Tourism and Antiquities in cooperation with the American Research Center in Egypt, launched the first virtual visit to the Menna tomb, which is one of the most beautiful tombs of the nobles in the western mainland in Luxor, which dates back to the Eighteenth Dynasty.


The Tomb of Menna (TT69) is one of the most visited and well preserved of the small 18th Dynasty elite tombs in the Theban necropolis, yet it was previously never systematically recorded or fully documented.

The multiple visits to the tomb over a long period of time and deteriorating environmental conditions had negatively effected the painted interior of the tomb.

Menna was a ‘Scribe in the fields of the Lord of the Two Lands of Upper and Lower Egypt’ during Dynasty XVIII, and his job was probably to document the records of land ownership. His wife’s name was Henuttawi, a Chantress of Amun.

Dated on architectural and stylistic grounds, the reigning king is usually assumed to be Tuthmose IV or Amenhotep III, although there is no mention of the king’s name in the tomb.

The Tomb of Menna Project, headed by Melinda Hartwig from Georgia State University started in 2006 with a feasibility study recording the existing conditions in the tomb chapel.

An action plan was set for documentation, conservation, protection, and publication of the chapel.

From 2007-2009, four major phases were undertaken. In the first phase, the tomb and its environs were surveyed to create the first exact plan of the chapel and its surroundings.

The second phase joined high-resolution digital images with an extensive net of measured points taken inside of the tomb to create an exact plan of the mural and ceiling decoration.

Archaeometry, including XRF, RAMAN spectrometry, and colorimetry, was done in the third phase to aid conservators and art historians in their analysis of the tomb.

These state-of-the-art portable techniques non-invasively documented the physical and chemical properties of the painting and its substrate.

Conservation comprised the fourth phase, and included stabilization, intervention, and the final presentation of the painted wall decoration.

The tomb was given a new wooden floor and rail system, LED lighting and a bilingual information panel in Arabic and English.