BRIG NEWSPAPER: The forgotten Pharaoh: A story from Ancient Egypt 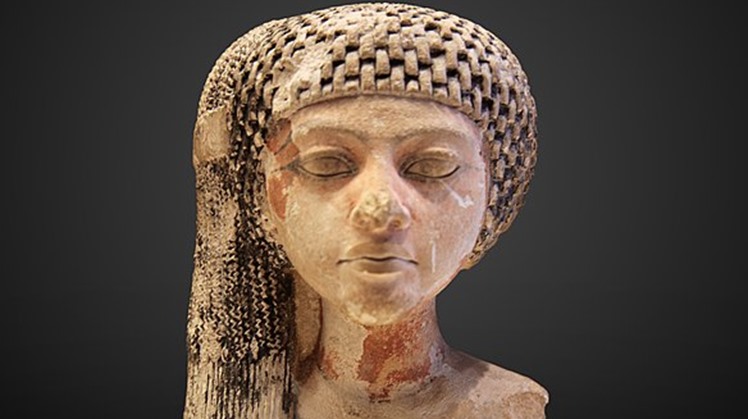 Mon, Mar. 30, 2020
Amarna, Egypt, 14th Century BCE. A teenaged girl called Meritaten becomes Pharaoh and inherits a country. Despite being the supreme power of that era, it is hurt by civil unrest. Neighbouring rival powers are more than ready to take advantage of this. The Hittite Kingdom poses a threat to trade relations with other countries.

So she hatches a plan.

She writes to the Hittite king and asks to marry his son. This would essentially mean eventual Hittite control of Egypt; an incredible offer. As the country is in troubled times, it could be interpreted as a plausible surrender. The king accepts and sends his son to Egypt.

However, the prince is murdered on his way there. Convenient coincidence, or planned ambush? Either way, this renders the entire operation an excellent way to distract a rival force whilst the new Pharaoh repairs some of the internal damage caused by her predecessor.

Having bought herself some time, she reverses course on her father’s religious reform, and reinstates the old religion with all of the once-worshipped gods, which puts an end to inner conflicts.


Barque of Ra. Photo credit: A. Parrot / Wikimedia Commons
As is custom, the new Pharaoh starts planning her tomb and puts together a collection, a treasure she wants to be buried with. She has statues sculpted of her and her name carved on them.

However, thousands of years later, this treasure is found not in her tomb, but in her brother’s, Tutankhamen, her name covered up and replaced by his. A mystery, which may never be resolved.


One of Pharaoh Akhenaten’s daughters, possibly Meritaten. Photo credit: Rama/Wikimedia Commons
Tutankhamen
Tutankhamen’s tomb, the legendary Pharaoh, the immense treasure that makes many to this day dream and wonder … It contained many works of art such as statues and jewellery, many made of gold and other precious materials.


All of Tutankhamen’s sarcophages, seen from the right side. Photo credit: Je-str/Wikimedia Commons
“Wonderful things” as described by the British archaeologist Howard Carter, who uncovered the tomb in 1922. Some were even otherworldly in the literal sense; one dagger was confirmed to have been made from meteorite material.

The death of the operation’s financial backer, Lord Carnarvon, lead to a media frenzy over a supposed ‘pharaoh’s curse’ or ‘mummy’s curse’. To this day, it fuels the imagination of many through the horror genre, even if it was later proven that Carnarvon died from an unrelated health issue. This shows the impact that Tutankhamen had on modern culture.


Pharaoh’s Curse by Lee Sholem, film poster
Re-examinations
While it will prove difficult to find any more unexplored rooms in the tomb itself, the treasure is subject to frequent study, and past assumptions are constantly being put into question. In other words, sure there might not be more physical objects to be found in the tomb, but further study of those objects might lead to a great gain in knowledge.

The ‘discovery’ that lead to the story of the teenaged queen was made possible by such re-examinations of objects discovered nearly a century ago. It is a relatively recently expressed theory, it does not have complete unanimous scientific backing. But it’s a very interesting one. So let’s dive in.

A troubled period
Tutankhamen, Meritaten’s younger brother, was a young king who ascended to the throne at the age of eight or nine and died about ten years later. He lived through a troubled period; on top of an outbreak of plague and conflict with neighbouring kingdoms, there was civil unrest.

Tutankhamen and Meritaten’s father Akhenaten, who died in 1336-34 BCE when Tutankhamen was only four, had attempted to change his country’s religion to a new religion called Atenism.

The change was to be from the polytheistic ancient Egyptian religion to a completely new, monotheistic one in which Aten the sun disk, an existing deity, was to be the only god. It was sudden, and its reasons are mysterious, but what is clearer is that it did not go down extremely well in ancient Egyptian society.


Aten. Image credit: AtonX/Wikimedia Commons
In order to inherit Akhenaten’s throne whilst maintaining a good image in the eyes of their nobles and people, his successor had to bury him with all the respects due to a Pharaoh, but erase his actions from history. Atenism, the would-be monotheistic religion, had to be erased from art and its monuments destroyed.

A mysterious treasure
Pharaohs typically started planning their tomb as soon as they sat on the throne. They ordered the construction of enormous structures that took many years to complete, as they also needed to be extensively decorated and furnished.


Tutankhamen’s tomb. Photo credit: Dec Hajor/Wikimedia Commons
Collection of the treasure they would be buried with, composed of everything they would need in the afterlife, also started at the beginning of a pharaoh’s reign.

Tutankhamen, however, only reigned for ten years. Maybe this was too short to build a tomb as large as a Pharaoh’s, maybe he did not start building early enough. His early death was unexpected.

He was consequently buried in a smaller tomb, about half the dimensions of royal ones, probably one planned for another person who was wealthy but not royal.

Small details in the tomb, such as spilled paint, point towards the decoration process having been rushed. Indeed, the burial of a Pharaoh had to take place precisely seventy days after his death, a time during which the body was mummified. So this gave a very short time to decorate.


Spilled paint in Tutankhamen’s tomb. Still from Wilner’s 2018 Tutankhamen’s Treasure Rediscovered documentary/Arte
Strangely and in contrast with the tomb, the treasure Tutankhamen was buried with is famously sumptuous.

Two questions remain. If Tutankhamen’s tomb was re-appropriated and rushed, then how is the burial treasure so rich? And if Tutankhamen only inherited the throne four to five years after his father’s death, then who was Pharaoh directly before him?

The Girl Pharaoh
After Akhenaten’s death, a female Pharaoh called Neferneferuaten succeeded him. But it is hard to identify the bearer of that name, since it was a royal name rather than a personal one. So who was she?

Previously, it was believed that Nefertiti, Akhenaten’s Great Royal Wife and Meritaten’s mother, acted as regent until Tutankhamen’s reign. However, it is now thought she died shortly after her husband, possibly due to the plague outbreak of that time. This leaves Meritaten as the mysterious Pharaoh.


18th dynasty of Ancient Egypt Princess, possibly Meritaten. Photo credit: Miguel Hermoso Cuesta/Wikimedia Commons
Some believe Meritaten co-ruled with her youngest sister as she was called Neferneferuaten Tasherit (Neferneferuaten the Younger), though she would have been very young to rule.

Meritaten was the oldest of Akhenaten’s children, and was aged fourteen when he died. Her only brother Tutankhamen was a very young child. But until recently, there were no traces that confirmed her reign as Neferneferuaten, however short.

No tomb, no mummy linked Neferneferuaten and Meritaten clearly as the same person. Similarly, no mummy has been found that experts can confidently state is Meritaten’s body.

This is where a hypothesis that answers many of our questions, but raises others, arises. Inspired by previous studies that remarked particularly feminine depiction of Tutankhamen in some, but not all, statues and carvings found in the tomb, Egyptologists re-examined the Pharaoh’s burial treasure.

Statue in Tutankhamen’s tomb. Still from Wilner’s 2018 Tutankhamen’s Treasure Rediscovered documentary/Arte
Marc Gabolde explained, in a documentary by Frédéric Wilner, the theory began with Nicholas Reeves in 2001, that Tutankhamen’s treasure was originally made for Neferneferuaten. From there, there are many possibilities and hypotheses as to how, why, and for whom specifically.

Gabolde believes that the burial treasure had originally been Meritaten’s, but altered slightly to fit her younger brother Tutankhamen. Then, it was re-appropriated as his and buried with him, seventy days after his death.

In many elements of the treasure found in Tutankhamen’s tomb, close examination shows that his name is written over Meritaten’s. It is most evident on his outer sarcophagus, as the gold leaf used to cover up Meritaten’s name and replace it with Tutankhamen’s, is of a lighter colour, and stands out sharply against the rest of the structure.


Inside view of an outer layer of Tutankhamen’s sarcophagus. Still from Wilner’s 2018 Tutankhamen’s Treasure Rediscovered documentary/Arte
Even on Tutankhamen’s famous burial mask, Gabolde identified small traces of a previous name written under his, and it corresponds with Meritaten. On many objects, the qualifier that translates to “Effective for Her Husband”, which is associated with Neferneferuaten, can be found.


Photo credit: Roland Unger/Wikimedia Commons
So why was Meritaten’s burial treasure usurped to form part of Tutankhamen’s? What had she done to deserve being erased from her history by her successor? These are the new questions we are left with.

The story of a family ruling a country in troubled times, leaves us only to imagine the motivations, personal or political, of kings and queens from thousands of years ago.

There will never be a shortage of things to discover in history, because History will always remain imperfect and incomplete. It is confusing, and leaves us speculating as we study the traces of long-disappeared civilisations that we try to understand. What is the point, then, if we’ll never be sure to know the truth?

The story of Meritaten becoming Pharaoh and showing some smart strategising would have been less likely to be considered as a serious possibility until just a few decades ago. Our study of history reflects upon our current society.