Stay home and choose online .. The Jewelry Museum displays 3 pieces for the public to vote 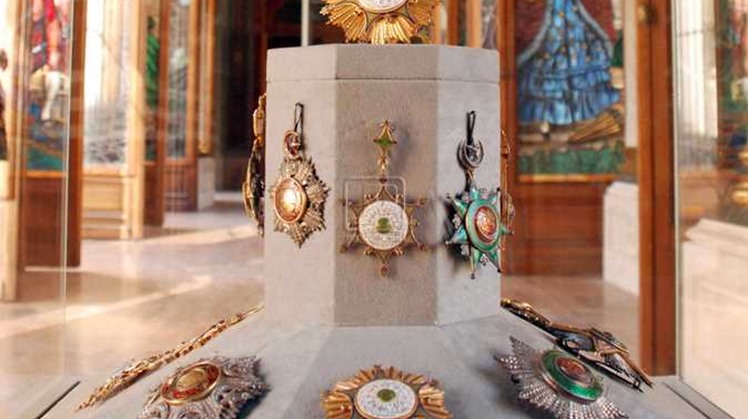 Wed, Mar. 25, 2020
The Royal Jewelry Museum displayed a collection of artifacts from the museum's holdings to choose one piece under the slogan "You decide", and it has the highest comment and admiration for the one-month piece, and the museum offered 3 pieces to choose the winning piece for the coming April, to be voted on through the page on the Internet .

The Jewelry Museum announced the suspension of all activities, heritage and cultural activities and artistic workshops, which include large gatherings of citizens, as a precautionary measure to confront the new Corona virus, until further notice, on the museum’s official page, in implementation of the instructions of the Presidency of the Council of Ministers and within the preventive measures to confront The virus.

It is worth noting that the Royal Jewelry Museum displays the jewelry of the royal families who ruled Egypt, and is located in Alexandria, the palace was built in 1919 in the Zizinia region and is an architectural masterpiece, and an area of ​​4185 square meters, and was devoted to Princess Fatima Zahra, one of the princesses of the royal family, and was designed according to the model European buildings in the nineteenth century and from the inside, the palace is decorated with distinctive artistic units.

And it turned into a museum of royal jewelry in the year 1986, and the museum includes a large collection of jewelry and golden artifacts belonging to the royal Alawite family dating back to the year 1805, including rare masterpieces from Muhammad Ali Pasha until Farouk I, these jewelry were confiscated by the July 23 Revolution, and it was registered as a public museum 1999, the museum currently includes 11, 500 pieces.

Among the most important pieces in the museum are a crown for Queen Safinaz, the wife of King Farouk, made of platinum inlaid with brillant diamonds and a toke of brilliant diamonds. .