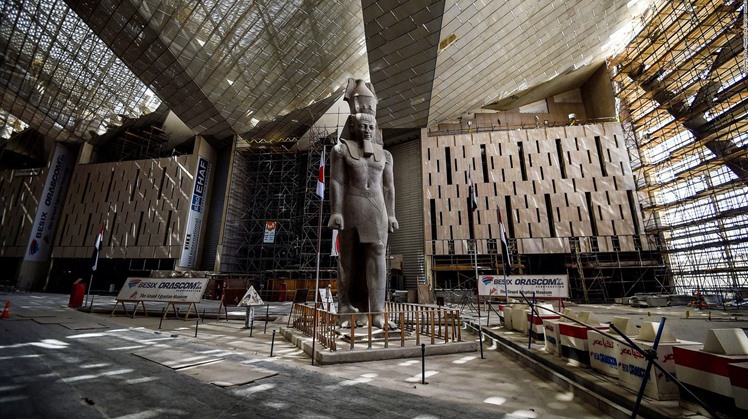 Mon, Mar. 23, 2020
In light of the state’s confrontation with the emerging corona virus and appealing to citizens to commit to the home as much as possible, and to reduce workers in institutions and prevent gatherings, due to the lack of interpretation of the virus, and for this reason we contacted Dr. Tayeb Abbas, Director General of Archeology at the Grand Museum, to show what is happening inside the Grand Egyptian Museum.

The Director General of Archaeological Affairs at the Grand Museum, in exclusive statements to "the seventh day", that the Egyptian Grand Museum is sterilized daily, whether the site or the restoration center, which continues to work with reducing the number of restorers and workers inside the center.

And Dr. Al-Tayeb Abbas pointed out that the restoration laboratories work periodically taking into consideration to reduce the number of workers in them so that there is no crowding inside, while continuing awareness to take all precautionary measures in terms of hygiene to counter the virus.

The Grand Egyptian Museum is the largest museum in the world devoted to one civilization, which is the ancient Egyptian civilization. It also includes a children's museum, an educational center, a handicraft center, educational classes and a museum dedicated to the sun boats, and the first field for an outstanding obelisk. The museum will display in its halls the entire treasures of King Tutankhamun for the first time his society In one place, 87 pieces on the grand staircase express different archaeological themes in addition to the halls to display the treasures of ancient Egyptian civilization.