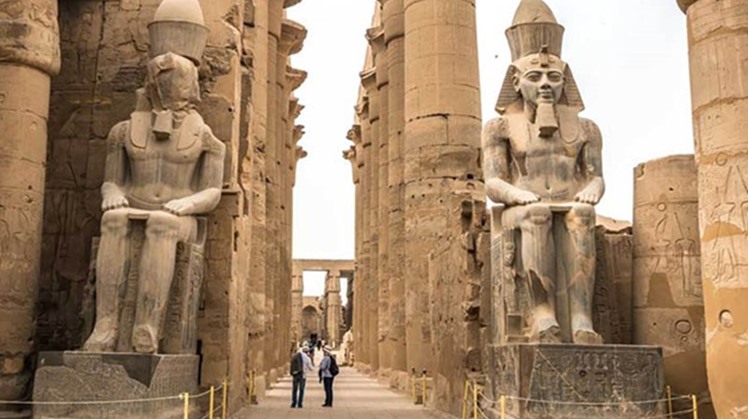 Sun, Mar. 22, 2020
The Ministry of Tourism and Antiquities is working on completing the assembly and restoration of Ramses II statue, located on the west side of the first courtyard of the Luxor Temple.

The statue is 7 meters in height and weighs approximately 65 tons. It was initially scheduled to be unveiled on World Heritage Day on April 18. Will Coronavirus affect the set date?

Director of the Luxor Temple at the Ministry of Antiquities Ahmed Orabi stated to the press that the restoration and assembly of Ramses II statue is almost finished; however, the scheduled date may be postponed because of the emerging coronavirus pandemic.

“We are continuing with the restoration work that is 99 percent complete, to prepare the statue for the opening date that was initially set on April 18, or the new date, depending on the sudden change in plans,” stated Orabi.

Orabi further stated to the press that the restoration works are carried out using the most recent scientific methods, and added that the Luxor and Karnak temples underwent several changes to be able to receive visitors with special needs.

The work officially started on that façade and the statue in September 2019 upon the approval of Minister of Tourism and Antiquities Khaled el-Anani, who decided to support the work of the Egyptian archaeological mission led by Secretary General of the Supreme Council of Antiquities Mostafa Waziri.

The remains and blocks of these statues were found during the period from 1958 to 1961 during the excavations held by legendary archaeologist Mohammad Abdul Qadir.