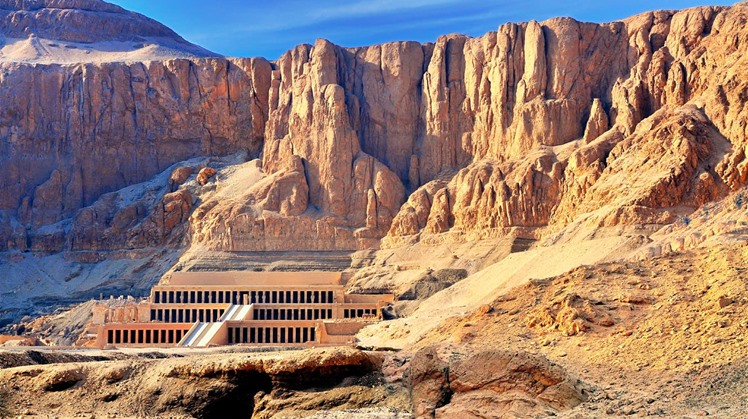 Thu, Mar. 5, 2020
EgyptAir has unveiled a new route between two of the country’s biggest tourist destinations: the Red Sea resorts of Sharm El Sheikh and Luxor, the modern city atop the capital of ancient Egypt. Luxor will also be connected by air with Hurghada, another popular package holiday destination along the coast. The state-owned flag carrier is the only airline serving this route.

Beginning this month, the flights scheduled once a week in a government-led effort to better connect sun-and-sand visitors with Egypt’s cultural riches and archaeological sites, which are mainly found along the Nile River, which flows through the country’s eastern interior. New discoveries of ancient Egyptian mummies and buried treasures are still regularly announced as they are unearthed across the country.

Connections within Egypt and to Europe continue to improve after the tourism slump that started with the Arab Spring revolution in 2011. The new EgyptAir domestic flights come after news in October that the UK lifted its ban on flights to Sharm El Sheikh after the 2015 bombing of a Russian Metrojet to St Petersburg, which killed all passengers on board. EasyJet has announced that it will resume direct flights to Sharm from the UK this summer, and Spain has said that it will reinstate nonstop routes to Luxor in April after a 12-year hiatus.

Most airlines in Europe and beyond still fly directly to Cairo, Egypt’s capital and often the first stop on travellers’ itineraries. Lonely Planet named Cairo one of the top cities to visit in 2020 in its annual Best in Travel list, as the long-awaited Grand Egyptian Museum is finally scheduled to open by the end of the year.