Egyptian mummies are coming to Toronto this spring 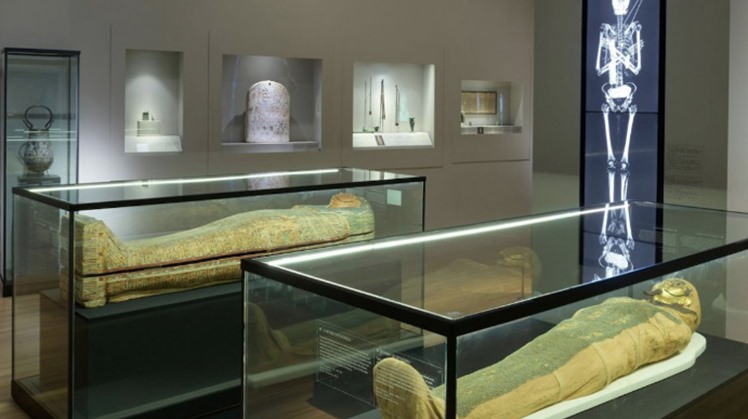 Thu, Feb. 27, 2020
Opening at the Royal Ontario Museum on May 16, the touring exhibition includes six mummies preserved for 3,000 years

Six Egyptian mummies preserved for up to 3,000 years are coming to Toronto as part of the Royal Ontario Museum exhibit, Egyptian Mummies: Ancient Lives. New Discoveries.

Running May 16 to September 7, the exhibition was organized by the British Museum and is currently showing at the Montreal Museum of Fine Arts. The British Museum used CT scans, 3D imaging and 200 contemporary objects to recreate the lives of the six people who lived by the Nile in Ancient Egypt between 900 BCE to CE 180.

Advanced 3D CT scanners, known as dual energy CT scanning, produced thousands of images from the remains without disturbing the mummy wrapping, allowing researches to determine each individual’s sex, age, health conditions at the time of death and mummification process.

“Never before has it been possible to see, in such remarkable detail, what life was like in ancient times," ROM director and CEO Josh Basseches said in a statement. "The exhibition’s ground-breaking research is made even more resonant by inclusion of exceptionally preserved items of everyday life, such as a child’s toy or musical instrument.”

The mummies include a middle-aged chantress from Amun; a singer in the temple of Karnak and a two-year-old boy from Hawara who lived during the Roman period, a rare example of a child mummy.

The Toronto exhibition is the last stop on the show's global tour.

The Egyptian Mummies exhibition will be separately ticketed and on display in the ROM’s Garfield Weston Exhibition Hall. Visit rom.on.ca for more info.