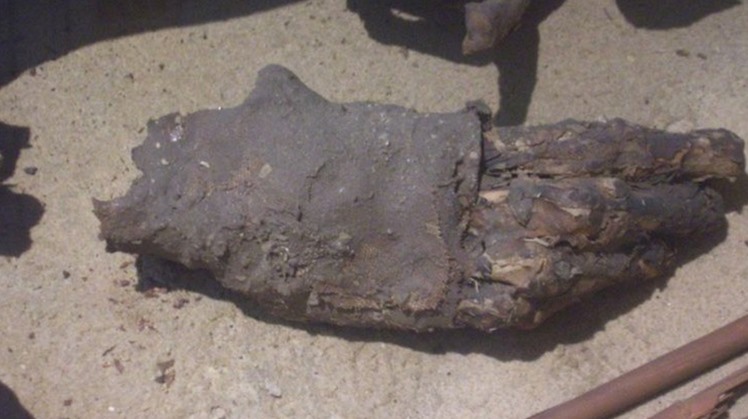 Thu, Feb. 20, 2020
A mummy discovered in Upper Egypt, which is at least 5,500 years old changed everything we know about when embalming practices began.

For the first time,extensive analysisof an intact prehistoric mummy has confirmed the hypothesis that embalming began 1,500 years earlier than we thought. This supports several previous discoveries made by archaeologists.

A thousand-year-old recipe
Dated from 3700 to 3500 B.C., the mummy in question was located in 1901 within the walls of the Egyptian Museum of Turin. Until then, specialists assumed that the body had undergone natural desiccation in the hot, dry desert sand. Fortunately for those wishing to study it a century later, the mummy had not been altered in any way for the purpose of conservation, thus offering itself in the purest state of analysis.

These analyses, carried out by an international team of researchers, reveal that, contrary to previous hypotheses, the mummy was not dried out, but embalmed thanks to a mixture of vegetable oil, heated conifer resin, aromatic plant extract, and sap or gum.

The mixture was then used to soak the burial cloths surrounding the deceased. This ancient recipe shows the use of antibacterial agents, present in proportions equal to those used by Egyptian embalmers at the peak of their art 2,500 years later. The researchers reported their findings in a study published in the Journal of Archaeological Science.

High-precision analyses
Chemical and genetic analyses, as well as a visual examination of the body, carbon-14 dating and microscopic analysis of the surrounding linen, confirmed that the ritual was performed around 3600 BC, on a man, aged between 20 and 30 years at the time of his death.

'There are very few mummies of this "natural" type available for analysis,' said Professor Tom Higham, deputy director of the Oxford Radiocarbon Accelerator Unit. 'Our radiocarbon dating shows it dates to the early Naqada phase of Egyptian prehistory, substantially earlier than the classic Pharaonic period, and this early age offers us an unparalleled glimpse into funerary treatment before the rise of the state.'

Rewriting History
Dr. Stephen Buckely of the BioArCh laboratory at York University noted: 'Having identified very similar embalming recipes in our previous research on prehistoric burials, this latest study provides both the first evidence for the wider geographical use of these balms and the first-ever unequivocal scientific evidence for the use of embalming on an intact, prehistoric Egyptian mummy.'

This would, therefore, be a trace of the foundations of embalming, as it will be practised later. With this discovery, researchers are redefining not only the date of its appearance but also the geographical limits of its practice. 'The examination of the Turin body makes a momentous contribution to our limited knowledge of the prehistoric period and the expansion of early mummification practices,' explained Dr. Jana Jones, Egyptologist and expert on funerary practices in ancient Egypt.