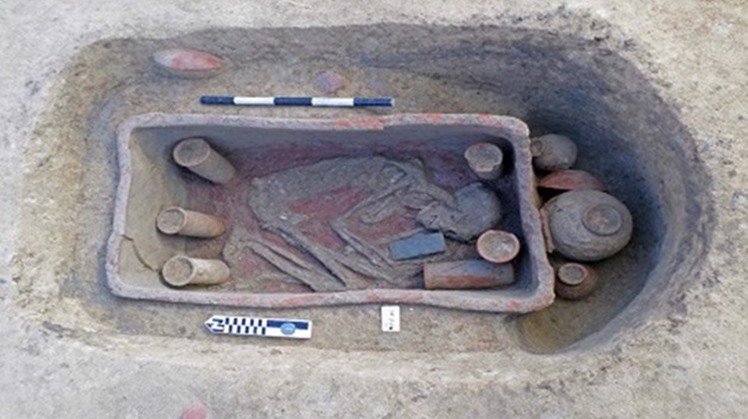 Thu, Feb. 13, 2020
The Egyptian archaeological mission affiliated to the Supreme Council of Antiquities revealed the discovery of 83 graves during archaeological excavations in Umm Al-Khelgan region in Dakahlia Governorate.

For his part, the Secretary-General of the Supreme Council of Antiquities Mostafa Waziri, affirmed that 80 tombs out of the 83 discovered span back to the first half of the fourth millennium BC, known as the civilization of Buto or Lower Egypt.

Waziri pointed out that it took the form of oval pits cut in the sand layer, where burials were found inside the pits in a “squatting” position. Waziri also revealed that funerary items were found with the burials.

According to Waziri, this is the first time that pottery coffins dating back to the third Naqada period have been found in Dakahlia Governorate sites. Also, Waziri stated that this is the first time to ever discover burials in pottery-graves, except only once prior to that when the Polish mission discovered a pottery grave in Tal el-Farkha.

This discovery is an added value to the history of the site, as it clearly confirms that the site witnessed intense settlement during the Naqada III era in addition to the Buto period.

More tombs buried in pottery coffins are expected to be revealed.

For his part, Ayman Ashmawy, Head of the Egyptian Antiquities Sector at the Supreme Council of Antiquities, said that a group of small handmade pottery vessels were discovered in addition to one or two marine oysters.

Ashmawy pointed out that the three discovered tombs span back to the era of Naqada III, in which two pottery sarcophagi were discovered with burials in a “squatting” position and surrounded by funerary items.

He further added that the mission also found two "stone vessels" one of which has a rectangular shape, and the other has a circular shape.

In turn, the head of the mission and the Director General of the Dakahliya Antiquities Fathi Al-Talhawi, indicated that some artifacts dating back to the second transition period (the Hyksos period) had also been uncovered.

Talhawi explained that among these pieces, some furnaces and stoves were found, in addition to remains of foundations for mud-brick buildings and four mud-brick burials of a child and three made for adults.

Furthermore, Talhawi pointed out that some pottery, stone utensils, amulets and ornaments that were made of semi-precious stones were also found, in which some were laced with gold.

The National Museum of Egyptian Civilization is located near the Babylon Fortress, and overlooks Ain el-Sira in the heart of the historic city of Fustat in Cairo.

The museum is scheduled to be inaugurated in 2020, in conjunction with the opening of the Grand Egyptian Museum, which is located near the Pyramids of Giza.

The Egyptian Minister of Tourism and Antiquities Khaled el-Anani, discussed in a meeting held on Feb. 13, the final touches and final preparations that were taken to organize the celebration of transporting mummies in a solemn procession befitting the greatness of the ancient Egyptian civilization.

It is noteworthy that the number of mummies and coffins to be transported is 22 royal mummies and 17 royal coffins dating back to the era of the 17th, 18th, 19th, and 20th dynasties.

Among the mummies to be transported are 18 mummies for kings and four mummies for queens, including the mummy of Ramses II, Seqenenre Tao, Thutmose III, Seti I, among others. 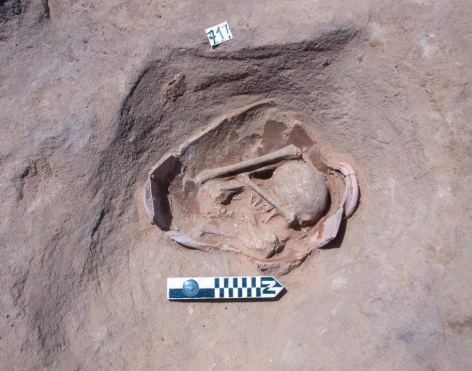 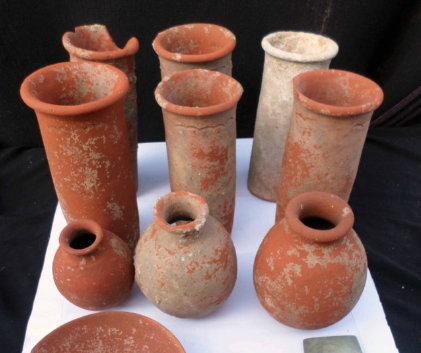 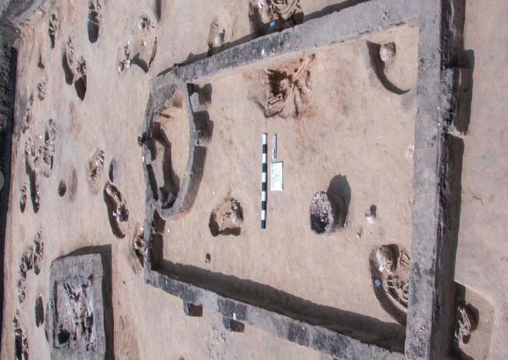 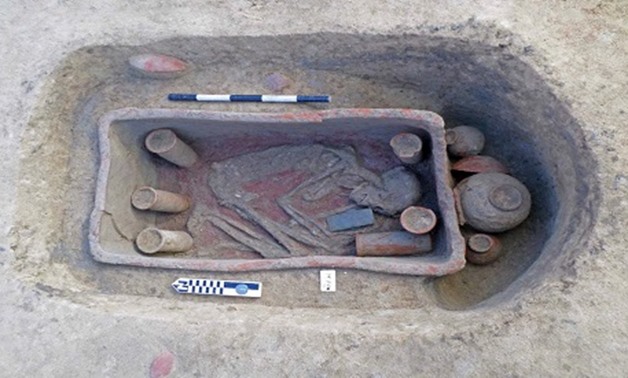