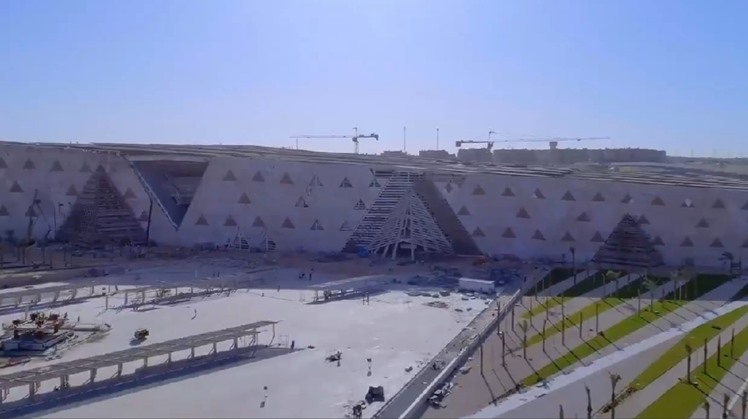 Mon, Feb. 10, 2020
The Grand Egyptian Museum is one of the most important cultural projects that the entire world is highly anticipating. The speedy completion of the museum's construction and archaeological works comes among the priorities of the Egyptian state.

The state is doing everything it is capable of to meet the deadline previously set for the inauguration of the museum, which falls in the last quarter of 2020.

Moftah further explained that a museum with such details is like no other around the globe and consists architectural and archaeological structures, and very complex and interconnecting networks. Underneath the museum, there is a very complex web of networks, which was diligently installed using the latest scientific methods.

The general supervisor noted that it has been discussed with a number of companies to link the Pyramid’s archaeological area with the inaugural ceremony of the Grand Egyptian Museum. A special walkway of up to 2 km in length and 0.5 km in width will connect the museum to the Great Pyramids of Giza.

Moreover, the Shooting Club is currently being evacuated. Some 50 percent of the evacuation process has been completed; the club will be fully evacuated by March. A stage is being prepared to be installed in the club as part of the inaugural ceremony.

Coordination is taking place with the concerned authorities to link the Haram Plateau project and some important hotels to the site. Chairlifts will link 10 different areas together. Negotiations are currently being held with pioneering international companies in preparation for the widely anticipated historical event.