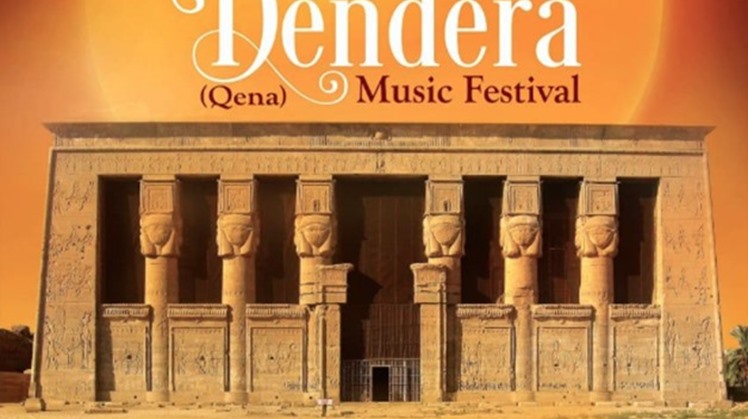 Sun, Feb. 9, 2020
The first edition of the Dendera Music Festival will kick off in Qena resuming for 6 consecutive days, starting from Feb. 27 to March 3.

The festival comes within the framework of President Abdel Fattah el-Sisi’s declaration of 2020 as a year of culture and awareness, under the patronage of Prime Minister Mostafa Madbouly.

It is the first cultural and artistic festival to be held in the governorate of Qena with the support of Minister of Tourism and Antiquities Khaled el-Anani, Governor of Qena Ashraf Gharib and South Valley University.

The Minister of Culture indicated that the festival represents a new artery of soft power in Upper Egypt and reflects the state’s belief in the role of creativity in building individuals and society. Abdel Dayem further stated that the festival seeks to achieve cultural justice and spread the flags of enlightenment in order to reshape awareness and confront intolerance in all its forms.

The Minister of Culture Inas Abdel Dayem added that the festival is a positive model for the solidarity of the national state institutions and entities as a product of the complementarity between the ministries of culture and tourism and antiquities represented by each of the Egyptian Opera House, the General Authority for Cultural Palaces and the Tourism Promotion Authority.

Abdel Dayem further pointed out that this experience will extend to the various governorates of Egypt, and that the next festival will be in Sharqia Governorate, with the aim of using soft power in building individuals and as an effective tool to show the civilized face of Egyptian culture and arts.