For the first time ... translating "The Memoirs of Thomas Russell " into Arabic 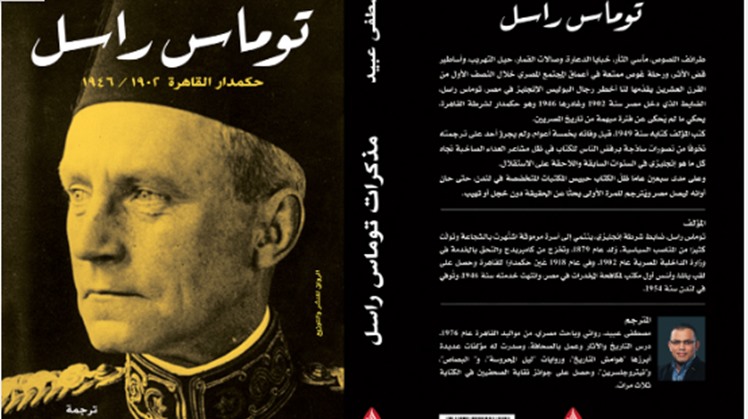 The book presents the testimony of one of the most important men of the English police in Egypt, the officer Thomas Russell, who served in the Egyptian police starting in the year 1902, then worked as an inspector of the interior in several governorates before he took the position of Deputy Hekdar of Alexandria and then Hekdar Cairo.

The testimony includes tales and secrets of Egyptian society at that time through various crimes, from revenge to smuggling and drug trafficking to prostitution and gambling.

The author, who died in 1956, devotes an entire chapter to political issues and political assassinations under the occupation.

"It was strange for translation institutions to ignore Thomas Russell's testimony when it was issued in 1949, and not to have it translated into Arabic for seventy years," said the book's translator, Mustafa Obaid.

He explained that obtaining a copy of the book faced many difficulties, especially that a second edition of the book was not published in Britain and remained unknown to many of those concerned with Egyptian society studies during the first half of the twentieth century.

The book includes 376 pages of intermediate pieces, aspects of thieves, tragedies of revenge, hidden prostitution, gambling halls, smuggling tricks, legends of cutting traces, and the Egyptian drug journey from cannabis and cocaine to opium and heroin in a smooth and enjoyable narrative that dives into the depths of society and re-read Its forgotten aspects.

Mustafa Obaid is an Egyptian journalist and writer, and several books have been published, most notably the book of the Chadian military white team, the margins of history, and the novels of Lil Al-Mahrousa, nitroglycerin, and Al-Bassas.