National Unity: Anany states That the Egyptian government cares about heritage of all religions 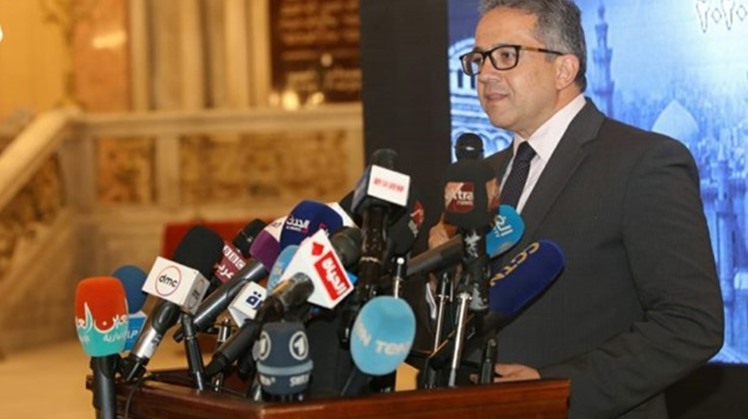 During the inauguration of the synagogue Minister of Tourism and Antiquities Khaled Anany said that Egypt has unique cultural and civilizational diversity.

Anany further added that the opening of the Jewish synagogue in Alexandria after its restoration is a message to the whole world that the Egyptian government cares about the Egyptian heritage of all religions.

Hawass added that when he was the secretary-general of the Supreme Council of Antiquities in 2002, the Jewish temples were neglected and destroyed.

The renowned Egyptian archaeologist and former antiquities minister said that the Egyptian government is keen to preserve all the Pharaonic, Jewish, Coptic and Islamic antiquities.

Antiquities Minister Khaled El-Anany inaugurated on Friday the Eliyahu Hanavi Synagogue in Alexandria after its renovation.

The renovation was performed by the antiquities ministry and the Armed Forces Engineering Authority.

The restoration of the synagogue highlights the tourism ministry’s view that Jewish antiquities are an integral part of Egyptian heritage, archaeological expert Abdel-Rahim Rayhan told MENA.

Rayhan added that the Jewish temples in Egypt symbolise the religious tolerance of the country.

The ministry of antiquities has 11 registered Jewish houses of worship, nine in Cairo and two in Alexandria.

Eliyahu Hanavi Synagogue was established in the 1850s. The original building, which dated back to the 1300s, was badly damaged in the late 18th century during the French invasion of Egypt.

The ministry of antiquities announced that the renovations included the structural reinforcement of the synagogue, the restoration of its main facade, decorative walls, and brass and wooden objects, and the development of its security and lighting systems.

The renovation aimed at revamping the synagogue’s architecture and fine decorative elements, as well as the lighting and security systems.

With room for approximately 700 worshipers, it is the larger of the two synagogues remaining in Alexandria. The restoration work of Eliyahu Hanavi Synagogue cost EGP 64 million.