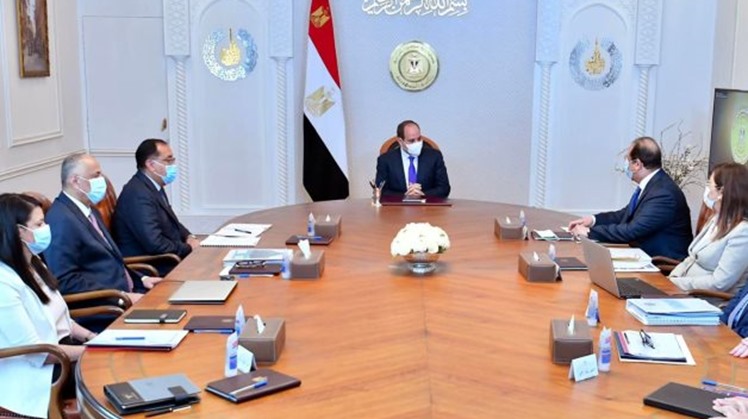 Tue, Jul. 5, 2022
CAIRO – 5 July 2022: In a meeting with the Ministerial Economic Group on Monday, President Abdel Fattah El Sisi directed to reduce the debt-to-GDP ratio in the coming period in comparison to the current one, said Presidential Spokesperson Bassam Rady in a statement.

The Spokesman for the Presidency stated that the meeting followed-up on the state's financial performance indicators during the fiscal year 2021/2022, Rady said.


The President followed up on the Ministry of Finance’s plan to reduce the public debt of the state’s general budget agencies in the coming period.

This is in addition to rationalizing government expenditure and maintaining a disciplined public financial performance, while focusing in the coming period on supporting and enhancing social protection programs and continuing investments to maximize production and provide jobs, as well as continuing spending on health and education programs, Rady said.