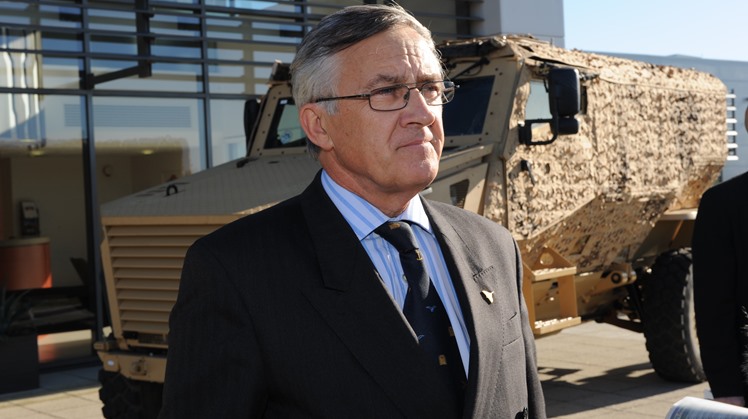 Six years ago this month the Morsi regime was overthrown in Egypt, a country which warrants more attention. With a population of nearly 100 million, Egypt has one of the largest populations of any country on the African continent. Its remarkable monuments bear testimony to an advanced ancient civilisation. It is also a pluralist society with over ten million Coptic Christians. At a time of religious tension across the region, Egypt with its mosques and churches side-by-side has the chance to set an example, particularly with Turkey’s President Erdoghan having effectively vacated the field by creating an Islamic state.

Yet, in recent decades Egypt’s economy has struggled and it has been afflicted by a succession of political crises, culminating in the popular overthrow in July 2013 of President Mohammed Morsi, the Muslim Brotherhood member who had been elected to power in 2011. Like Hitler in Germany in the 1930s and Allende in Chile in the 1970s, Morsi proceeded to take total power in a move criticized by Mohamed El Baradei, former Director General of the International Atomic Energy Agency and Nobel Peace prize winner, who said Morsi had “usurped all state powers and appointed himself Egypt’s new pharaoh”.

Since the popular uprising of 2013 (unfailingly referred to by the BBC and others as “a military coup”) the government of Abdel Fattah el-Sisi has sought to restore order and stability. As Chairman of the All Party Parliamentary Group on Egypt from 2015-17, I have visited the country where I had lengthy meetings with President Sisi and other ministers, and hosted visits from Egyptian Parliamentarians to London. One of the key challenges they faced was the issue of subsidies which the government was keen to try to eliminate, a policy in line with standard market economy principles, but which inevitably represented a burden on the poorer members of Egyptian society.

While former Morsi ministers criticise the Sisi government, the World Bank reported earlier this year that “the Government of Egypt is implementing bold reforms to address the deep‐seated structural issues that are holding back achievement of the World Bank Group’s twin goals of eliminating extreme poverty and promoting shared prosperity. These reforms … have helped to stabilize the economy and led to visible results: growth has rebounded, budget deficits have narrowed, the currency is no longer overvalued, and foreign reserves have increased.”

During the Morsi years the economy grew by just 2.1% per year. Today, annual GDP growth is running at 5.5% and on track to hit 6% (World Bank), outperforming all the Gulf states and Saudi Arabia. Private investment has risen 48% in the past two years and, despite the decline in global foreign direct investment, Egypt’s share continued to increase, making it first in Africa and second in the Arab world after the UAE.

The Sisi government has made infrastructure improvement a priority with construction of the ambitious $58 billion “New Administrative Capital” and $60 billion “New Alamein” underway, as well as new industrial zones such as the Suez Canal special economic zone.

Tourism is vital to the Egyptian economy not simply for its foreign exchange earnings but also for the employment of thousands of resort staff. In 2010, Egypt attracted 14.7 million visitors, the tourism industry employed about 12% of the country’s workforce and made up 10% of its GDP. By 2013, revenue for Egypt’s top tourist sites had already dropped 32% from 2011. Following the crash of the Russian Metro jet airliner in October 2015, when a bomb onboard exploded shortly after it took off from the resort of Sharm el Sheikh, the British Government ordered the suspension of all UK carrier flights to the resort resulting in the number of UK tourists falling from 1.5 million in 2010 to 870,000 in 2015.

During a visit to Egypt in 2016, my colleagues and I insisted we visit Sharm to see the situation for ourselves. There we were briefed on the extensive work carried out by the Egyptian authorities, with guidance from the UK’s Department for Transport, to make the airport as safe as possible. We went airside to see the security measures applied to baggage handling and a DfT official confirmed that in his view the Egyptians had done what was required of them. Tourism in Sharm sustains thousands of people and their families; by making them redundant we increase the risk of alienation and the attraction of the fundamentalist terrorist groups.

Sadly, despite one-to-one meetings with the Prime Minister and her National Security Advisor, we have been unable to secure the reinstatement of UK airline flights to Sharm, yet EU leaders, including Theresa May, were not deterred from holding an EU – League of Arab States meeting there in February this year.

Clearly, there is no such thing as 100% security as atrocities at home, like the bombing of the Ariana Grande concert at the Manchester Arena in May 2017, proved, but no one suggested banning visits to Manchester. Even now, I believe the British government should lift the ban, as other European countries have, a view shared by my successor as Chairman of the APPG, Labour MP Stephen Timms.

Egypt is not yet out of the woods. But, as respected international bodies like the World Bank have concluded, it is moving in the right direction. It is important for the UK to do whatever it can to promote sound economic policies and to boost the existing £2 billion annual trade between our two countries.”

Link of the article: https://reaction.life/egypts-economy-is-doing-well/