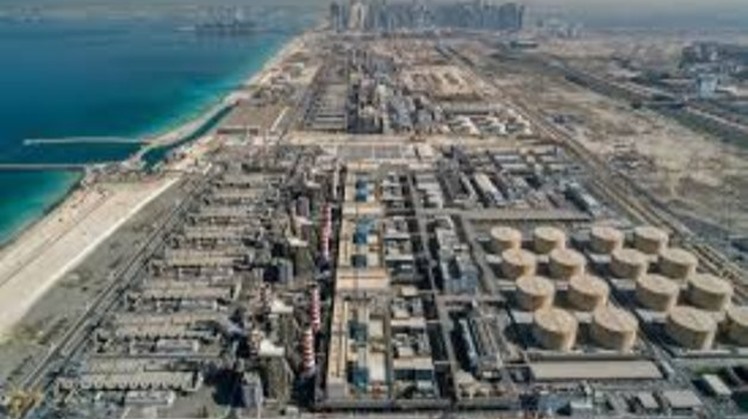 Tue, Mar. 9, 2021
CAIRO – 9 March 2021: Egypt's Prime Minister Mostafa Madbouli held a meeting on Tuesday with officials from the International Finance Corporation (IFC) and the European Bank for Reconstruction and Development (EBRD) to discuss potential cooperation in the sweater desalination field.

The meeting was attended by EBRD managing director for the Southern and Eastern Mediterranean (SEMED) Heike Harmgart, Associate Director and Deputy EBRD Head for Egypt Khalid Hamza, Minister of State for International Cooperation, and Minister of Housing, Utilities and Urban Communities.

The prime minister said that Egypt aims for cooperation with the two international organizations attracting private investments in the desalination sector. Madbouli also pointed out that the plants must be powered by clean energy.

The government announced in August that within 18 months, 19 desalination plants worth a total of LE11 billion and whose total daily production is 550,000 cubic meters will be inaugurated.

The projects are constructed within a strategy to increase Egypt's water resources, and secure water for irrigation. The value of the strategy – launched in 2020 - is LE435 billion, and is scheduled to be accomplished by 2050.

Egypt is expected to have 65 desalination plants distributed among six governorates that are Matrouh, South Sinai, Suez, Ismailiyah, North Sinai, and the Red Sea. The total daily production of those is 750,000 cubic meters.

The government is partnering up with the private sector to build four desalination plants in Matrouh's Hamam district, and three others in the Red Sea's towns of Safaga, al-Qusair, and Marsa Alam.

Deputy Minister of Housing, Utilities, and Urban Areas Sayed Ismail explained that LE135 billion are allocated to the construction of desalination plants, and LE300 are dedicated for wastewater projects. The plan will be completed over six phases. The duration of each is five years.