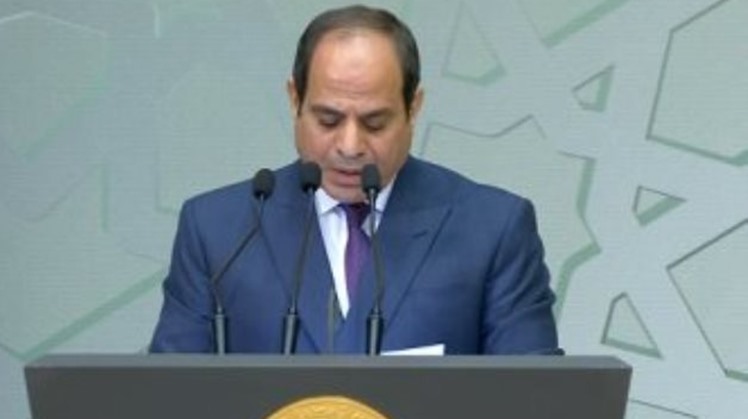 “I think this [freedom of expression] should stop when it comes to hurting the feelings of 1.5 billion or more Muslims”.

Sisi’s remarks come while French President Emmanuel Macron had said France would not renounce cartoons, after a French teacher was killed for showing pupils cartoons distorting the image of Prophet Muhammad.

There are more than 1.5B Muslims; if 1% of them are extremists, that is 15M. Can you imagine what would happen to the world if there are 15M terrorists? The number isn't like that at all, President Sisi said, as he attended a ceremony to mark the birthday of Prophet Muhammad, celebrated every year by some Muslims in the Hijri month of Rabi’ Al-Awwal.

Muslims should not bear the brunt of the actions of a deviated group, Sisi said.

“Let's all agree that extremism is not exclusive to a certain religion. In all religions, sadly, there are extremists who seek to stoke up strife and ignite anger and hate,” Sisi stated.

“The stature of great Prophet Mohamed in the hearts and souls of Muslims all over the world cannot be affected be a say or an act,” the President said, stressing, on the other hand, complete rejection of any violence or terrorism committed under the slogan of defending religion.

“The essence of religion is tolerance... [The prophet] -peace be upon him- entrenched the basis of coexistence, accepting others, and believing in diversity [Let there be no compulsion in religion, 2:256],” Sisi added.

During his speech, the president said the message of Islam supports freedom, including the freedom of faith, choice, belief and thought. He warned, however, that these freedoms do not come absolute.

“Freedoms are not absolute in order for the whims of the human soul not to turn them [freedoms] into chaos that condone sabotage and destruction,” the president said, adding that these freedoms “must stop at the rights of others”.

“What may be perceived as a restriction on freedoms protects, in exchange, the rights of others. Justifying extremism under the premise of religion could not be farther from religion,” the president added.