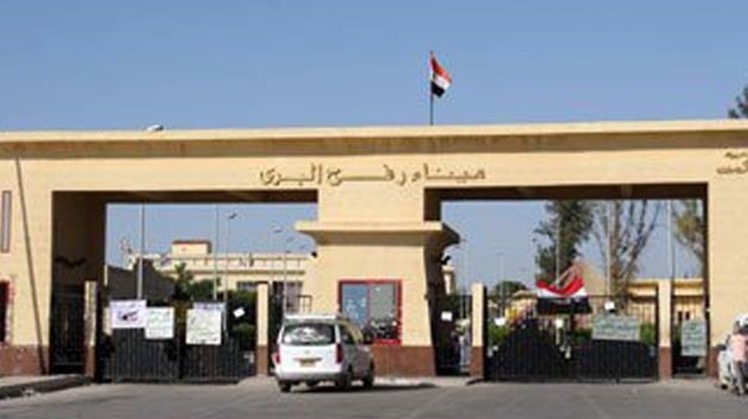 Tue, Nov. 16, 2021
CAIRO – 16 November 2021: The Rafah crossing has been opened for the past six months, and on Tuesday, it enters its seventh month of consecutive operation to facilitate the crossing of humanitarian cases and medical aid to Palestinians.

This comes in application to the directives of the Egyptian authorities, and in accordance with the agreement in force between Egypt and the Palestinian authority.

The border operates on exceptional basis throughout the week except for Fridays and official holidays.

Stranded citizens, humanitarian cases on both sides, aid, reconstruction materials and equipment cross in both directions of Rafah border.

Sources at the border assured that work is in full swing there to facilitate the passage of Palestinian brothers, and to speed up the completion of the crossing procedures.

The crossing has been opened according to directives of President Abdel Fattah El Sisi since May 16, 2021. This comes within the framework of the Egyptian efforts to alleviate the suffering of the Palestinian citizen in the strip, restore the normal life of people in Gaza and start the reconstruction process.


On May 7, clashes began between Israeli forces in the West Bank and Jerusalem and civilians as the latter were protesting forced displacement, particularly from Sheikh Jarrah in Eastern Jerusalem, and assaults on worshippers in Al Aqsa Mosque. And, on May 10-20, Israel shelled and carried out airstrikes against Gaza Strip.


The violence and aggression across Palestinian territories incurred 243 deaths, including 66 children, and 6,039 injuries, as reported by the Palestinian News and Information Agency (WAFA).