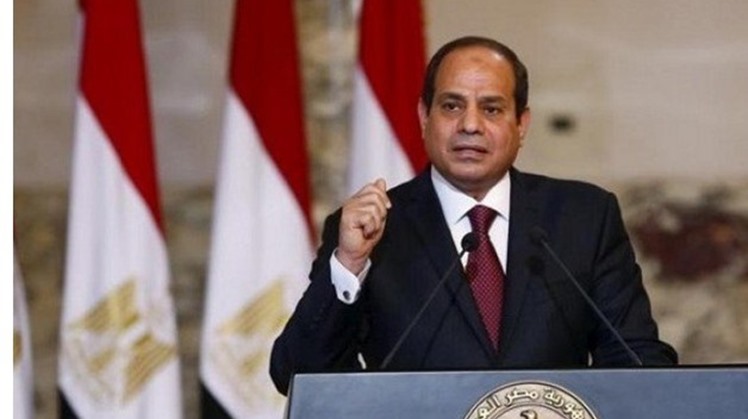 During the African Union Contact Group on Libya videoconferencing meeting, Sisi said that Libya’s stability is one of the determinants of the Egyptian national security, adding that Egypt has not and will not tolerate terrorist groups and those who support them.

According to presidency spokesperson Bassam Radi, Sisi stressed that Egypt supports the free will of the Libyan people and their choices, along with the complete refusal for any external interference in the Libyan internal affairs.

In a phone call with Maltese counterpart Hon. Evarist Bartolo, Shoukry “outlined the determinants of the Egyptian vision towards reaching a comprehensive and sustainable solution to the crisis in order to achieve the aspirations of the brotherly Libyan people for peace and stability,” said Hafez.

Also, on May 11, Shoukry held a teleconference meeting with his Greek, Cypriot, French and Emirati counterparts as they discussed the latest worrying developments in the Eastern Mediterranean, as well as a number of regional crises that threaten peace and stability in this region including the situation in Libya.

The Ministers deeply regretted the escalation of hostilities in Libya and recalled the commitment to refrain from any military foreign intervention in Libya as agreed in the conclusions of the Berlin conference. In this regard, the Ministers strongly condemned Turkey’s military interference in Libya, and urged Turkey to fully respect the UN arms embargo, and to stop the influx of foreign fighters from Syria to Libya. These developments constitute a threat to the stability of Libya’s neighbors in Africa as well as in Europe.

The Ministers called on the Libyan parties to observe a truce during the holy month of Ramadan and stressed their commitment to work towards a comprehensive political solution to the Libyan crisis under the auspices of the United Nations, and expressed their keenness for the resumption of the meetings of the three tracks of the Berlin process (Political, military, economic and financial). They also agreed to continue their consultations on a regular basis.

Egypt's Sisi asks Egyptian people to remain in unity against coronavirus Thu, May. 28, 2020

political solution would be the best option for settling the conflict in Libya: Egypt Wed, Apr. 29, 2020