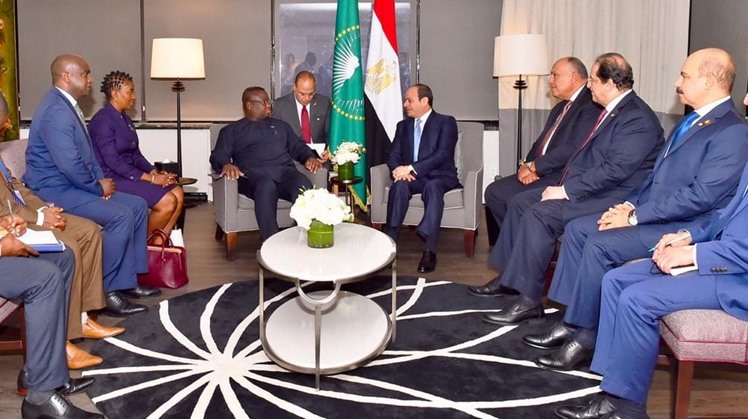 Sisi emphasized Egypt's willingness to bolster cooperation ties at all levels, hailing robust relations between both countries, according to presidential spokesman Bassem Rady.

Rady added in a statement that Sisi also welcomed the participation of more Sierra Leone cadres in the capacity-building programs supervised by the Egyptian Agency of Partnership for Development (EAPD) in various domains.

For his side, Bio said that he is looking forward to furthering cooperation at all levels, especially at the economic, military and security levels.

The meeting also took up the latest progress on the UN Security Council reform and expansion process, the spokesman added.

Moreover, the two leaders reviewed the latest developments on a raft of Africa-related issues in light of Egypt's current chairmanship of the African Union (AU), Rady noted.